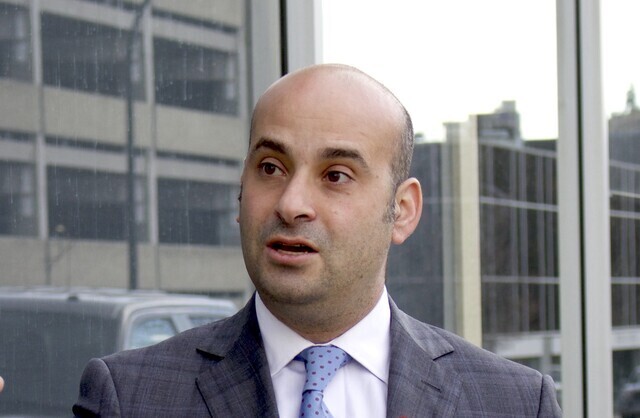 Kamloops' Member of Parliament is calling on the federal government to investigate an incident where a veteran suffering from PTSD was offered medical assistance in dying from a Veterans Affairs Canada employee.

Earlier this week, Global News reported a VAC service agent “casually offered” the veteran the option of medical assistance in dying, after the veteran sought treatment for his PTSD and traumatic brain injury. The veteran was “deeply disturbed” by the suggestion.

In a letter sent Wednesday to Minister of Veterans Affair Lawrence MacAulay, Kamloops MP and Shadow Minister for Veterans Affairs Frank Caputo says an investigation “must be opened.”

“This was a shock to the Veteran and their family, who felt betrayed and disgusted by the suggestion,” Caputo wrote to MacAulay.

“By its own admission, VAC is not mandated to recommend Medical Assistance in Dying. It was only after multiple complaints from the Veteran that an apology was offered for this deeply harmful act. An investigation must be opened to determine the full scope of this incident and to discover if others have been similarly harmed.”

Capuoto notes the incident betrays veterans who may in particularly vulnerable situations, and more prone to self harm.

“I expect you to take swift and decisive action on this matter and to ensure that all Veterans Affairs Canada employees are following the mandates and policies of your department,” Caputo says.

Canada legalized medical assistance in dying in 2016 and in 2021, further legislation was passed that allowed more people access to the procedure.

In 2021, more than 10,000 Canadians opted to end their life through medically assisted death, 2,030 of whom lived in British Columbia.

VAC told Global News the incident in question was inappropriate and it “deeply regrets what transpired.”