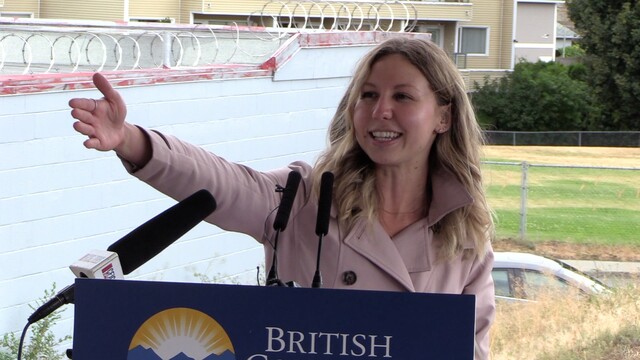 Ground was broken Thursday in North Kamloops on a supportive housing project for homeless youth.

The soon-to-be support centre is named after Katherine McParland, a former advocate for the city’s homeless youth and founder of A Way Home Kamloops (AWHK), who passed away in suddenly in 2020.

“It's really exciting to see this come to light and as tragically as it was, Katherine passed away in December 2020— but fortunately, she was able to lay the blueprints before she passed away,” AWHK peer navigator Dayna Chapman said at the groundbreaking ceremony.

“So Katherine will forever live on in this building and so will her legacy.”

Katherine’s Place will be located at 560 Tranquille Rd., with plans for the facility to house 39 homeless youth.

On Thursday afternoon, crews broke ground on the project expected to be completed late next year.

Residents will be offered meals, counselling, life-skills training and peer support on site, according to the plans for the development.

“There's going to be supports here that have been spoken to like round the clock support staff, home cooked meals.”

The development plans to provide social housing units for young people aged 16 to 26.

In total, 29 units are planned to be used for supportive housing, while 10 units would be provided for more independent youth.

Last year, the province and AWHK announced their partnership with a local developer for the future building.

According to BC Housing, AWHK will own and operate the building.