Still looking for man in river 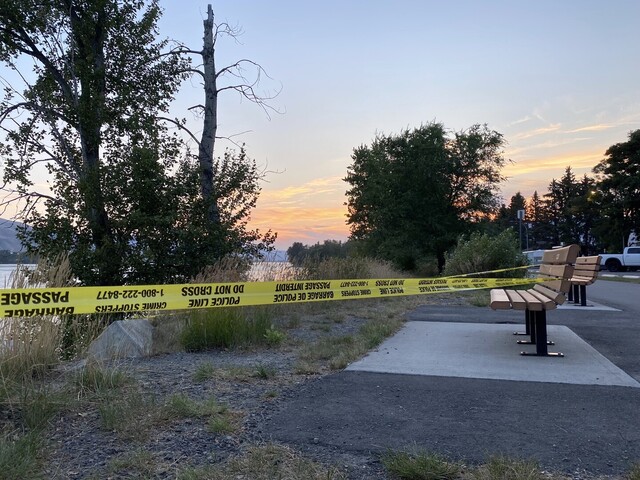 Photo: Castanet Staff
Police tape surrounds an area at McArthur Island Park on Sunday, a day after a man was swept away in the Thompson River.

Police are still searching for a Vernon man believed to have drowned over the weekend in the Thompson River.

Emergency crews were called to McArthur Island at about 5:30 p.m. on Saturday for a report of a man missing in the river.

According to police, witnesses said the man entered the river and was swept away. It’s believed he went in to rescue a child who was struggling in the water.

Mounties have said the missing man was visiting from Vernon.

“So far, police have searched the area by boat, plane and drone,” she said.

“The RCMP underwater recovery team is also engaged in the investigation.”