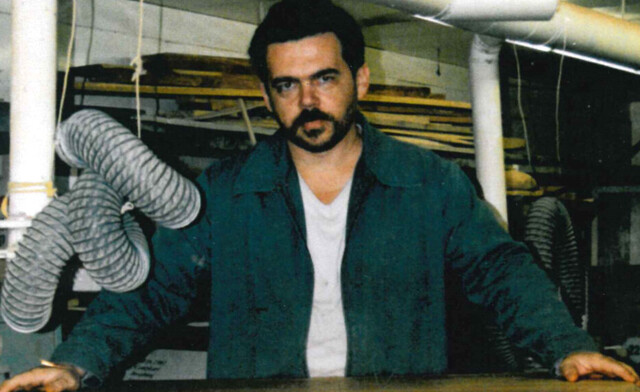 Prosecutors in the Kamloops Crown counsel office are expected to decide in the coming months whether to retry a man who served 26 years in prison for a murder he likely did not commit — at least according to Canada’s attorney general.

On March 10, 1995, Gerald Klassen was convicted by a B.C. Supreme Court jury in Kamloops on one count of first-degree murder. He was sentenced to life in prison with no chance of parole for 25 years.

Julie Delores McLeod, a 22-year-old woman from Merritt, was found dead at a Nicola Lake rest stop on Highway 5A on Dec. 16, 1993. At trial, a forensic pathologist testified McLeod had likely died as the result of a severe beating.

Court heard McLeod’s body was found partially clothed in the water at the base of a boat ramp.

Klassen, now 61, maintained his innocence throughout his prosecution and incarceration. He said he and McLeod had consensual sex, after which they got into an argument. He said he pushed her away, causing her to fall and hit her head on the boat ramp.

Klassen maintained McLeod was very much alive and yelling at him when he left her at the rest stop.

He began working with the UBC Innocence Project in 2009. The case stalled and was closed in 2013, but reopened four years later.

In 2018, lawyers and UBC law students working the case filed an application under a section of the Criminal Code of Canada that allows the federal Minister of Justice to review and overturn criminal convictions in extraordinary cases that are deemed “likely” to represent a miscarriage of justice.

In September of the following year, the UBC Innocence Project team heard back from Ottawa with a preliminary decision indicating the ministry would investigate the case.

Independent pathology reports were prepared in 2020 showing McLeod’s death was likely not the result of intentional force, and Klassen was granted bail December of that year.

The pathologist who testified at Klassen's trial in 1995 has also recently "softened his view as to causation," B.C. Supreme Court Justice Catherine Wedge said in her bail decision.

Now it’s up to prosecutors in the Kamloops Crown counsel office to decide how to proceed.

If prosecutors choose to retry Klassen, a new trial will take place in B.C. Supreme Court. If they choose not to, his legal odyssey will come to an end and he will remain a free man.

Tamara Levy, director of the UBC Innocence Project and a professor at the university’s law school, said it should be an easy decision.

“It’s not in the interest of justice in any way to proceed,” she told Castanet Kamloops.

“There’s no evidence to proceed on and there’s no public interest given that he already served the time. So I am just really perplexed as to why it’s taking so long for the Crown to sort of come to terms with that.”

During a brief hearing this week in B.C. Supreme Court, a judge was told the case is in the hands of senior prosecutor Neil Wiberg, the Kamloops-based deputy regional Crown counsel.

Crown prosecutor Camille Cook said there is no estimate for when a decision will be made on Klassen’s review.

The matter is due back in court on Sept. 26 to set a date for Klassen’s next appearance.

He remains free on bail.