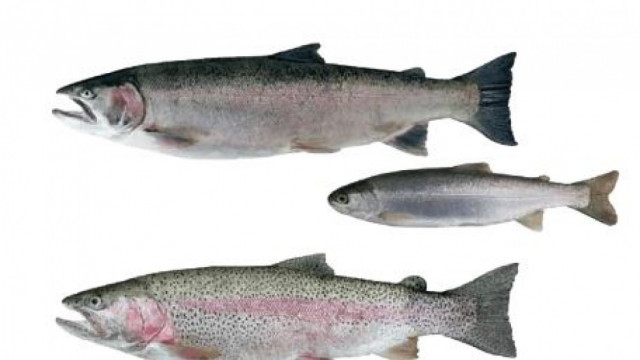 Thompson River and Chilcotin steelhead populations are teetering on the brink of extinction, according to the BC Wildlife Federation (BCWF), while the Department of Fisheries and Oceans continues to supress research that the BCWF believes would confirm that seals and bycatch are a big part of the problem.

The BCWF has been hounding DFO since 2019 to release peer reviewed research upon which a special assessment by the Canadian Science Advisory Secretariat (CSAS) in 2018 was based.

The peer-reviewed research upon which it based is not, according to the BCWF.

The emergency assessment was triggered by a Committee on the Status of Endangered Wildlife in Canada (COSEWIC) call to list the Interior Fraser steelhead as endangered.

The publicly released document confirms the two steelhead populations are in serious trouble, raising the question of why they haven’t been listed as endangered yet under the Species At Risk Act (SARA).

But such a listing could have serious political implications for DFO, because it might mean having to resort to even more commercial fishing closures to reduce bycatch, and seal population management.

The special assessment estimated steelhead returns for the fall of 2017 and spring of 2018 were just 150 for Thompson steelhead, and 77 Chilcotin. That’s a 79% and 81% decline over 15 and 18 years, respectively.

The provincial Ministry of Forests, Land, Natural Resource Operations and Rural Development has estimated Thompson River steelhead returns have fallen from 3,510 in 1985 to about 104 in recent years.

The BCWF filed an Access to Information request in 2019 to have the full peer reviewed research conducted by the CSAS released. When it was refused, the BCWF appealed, and an investigator assigned by the Office of the Information Commissioner of Canada ordered DFO to release the research.

DFO responded by “repeatedly sending the wrong documents,” according to the BCWF.

When BCWF filed a second Access to Information request, an investigator with the Information Commissioner told the BCWF they would have to go to court.

“We were told by the investigator that we would need to go to federal court or wait another 512 business days,” said BCWF executive director Jesse Zeman.

“To my knowledge this is the only RPA (recovery potential assessment) that has never been released to the public, ever,” Zeman told BIV News.

“The federal government has a poor record of protecting fish deemed to be endangered, especially where it could interfere with commercial fisheries, but this is DFO engaging in a coverup to protect the status quo.”

Zeman said the BCWF believes the research that DFO refuses to release would confirm that Thompson River and Chilcotin steelhead are in such dire straits that they should be listed under the Species At Risk Act (SARA).

A SARA listing would have consequences for the commercial salmon fishery. There is no directed commercial fishery for steelhead, but steelhead can be caught and killed unintentionally as bycatch.

Commercial fishermen in B.C. have, in the past, been shut out of commercial fishing opportunities, even in years of relative abundance of Fraser River sockeye, due to conservation concerns related to other species that may mingle with sockeye and be caught and killed incidentally.

A SARA listing for steelhead could result in commercial fishermen being told they can’t fish, even when Fraser River sockeye are returning in abundance – something that happens only once every four years now.

This is one of those years where Fraser River Salmon could return in relatively high numbers, due to the large Adams River sockeye population. The Pacific Salmon Commission's pre-season forecast for this year's Fraser River sockeye return is about 9 million.

As for sport fishing, Thompson River and Chilcotin steelhead are already off limits, as there are seasonal closures.

Zeman also thinks the research that is being kept from the public eye would oblige DFO to do something about the seal population, which a number of studies suggest have been exploding and are responsible for some fairly significant mortalities of salmon and steelhead.

“The science right now is leading us to say that pinnipeds are having a disproportionate impact on anadromous fish,” Zeman told BIV News. “So if the evidence is leading us there, then DFO should be paying for more science to understand that. Instead they’re not.

“I think DFO should be investing in science related to pinnipeds and I think there should be a management plan.”

Steelhead are ocean-going trout that spend their early years in freshwater before migrating to sea, and are therefore classed as anadromous, like salmon.

BIV News has asked DFO for a response to the BCWF's claim that steelhead research is being suppressed.