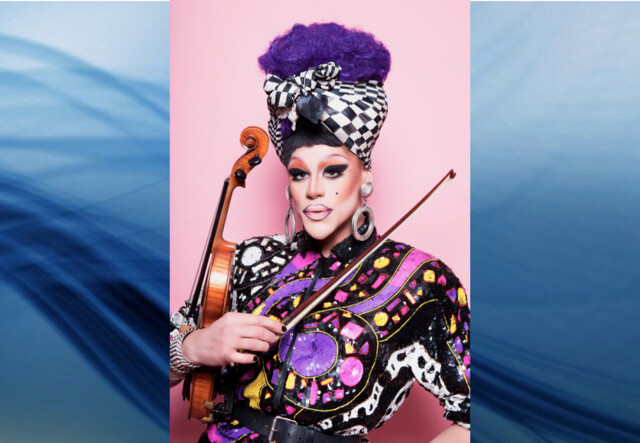 After two years of major disruptions caused by the pandemic, the Kamloops Symphony Orchestra has announced its first entire concert season for first time since 2019 — and it includes a special guest performer from Rupaul’s Drag Race.

According to KSO, the 2022-2023 season will be the orchestra’s 46th campaign, and will bring back both the Masterworks and Pops Series.

The season will feature a wide variety of guest artists and genres over eleven programmes, including a three-concert series in Salmon Arm.

KSO Music Director Dina Gilbert said music is for everyone, and that's what they want to impress in the upcoming season.

“From classical to hip-hop, from Mozart to Philip Glass, and featuring outstanding local and international artists, we are sure that returning concertgoers and newcomers alike will experience how vibrant a live concert can be,” Gilbert said in a release.

The season kicks off with the New World Festival, a multi-day event showcasing the works of Czech composer Antonin Dvorák — with some modern twists, KSO said. KSO said it will be hosting “Pro-Am Jam”, inviting amateur musicians to join forces with KSO musicians, and Cree hip-hop artist and motivational speaker K.A.S.P. will perform with the orchestra to explore the combination of “new” and “old.”

In an Interior first, the symphony will present popular RuPaul’s Drag Race All Star Thorgy Thor, in Thorgy & The Thorchestra, in March.

In addition, KSO said, Jim Witter will cover Elton John & Billy Joel in The Piano Men in October 2022, and Canadian songstress Sarah Slean will present her take on the songs of Joni Mitchell, along with her own selections in March 2023.

Christmas with the KSO is also back, featuring guest conductor Tony Delgado, local harpist Naomi Cloutier and the KSO Chorus, the orchestra said.

“After an incredibly challenging two years of progressing concert by concert amidst evolving circumstances, it means so much to us to be able to launch of full Season for our audiences,” Daniel Mills, KSO executive director, said in a news release.

The KSOundcheck program is also back, which offers $15 tickets to those under the age of 35

According to KSO, season subscriptions will go on sale July 5 and single tickets on Sept. 1.

Ticket and subscriptions can be purchased online or by calling the box office at 250-374-5483.