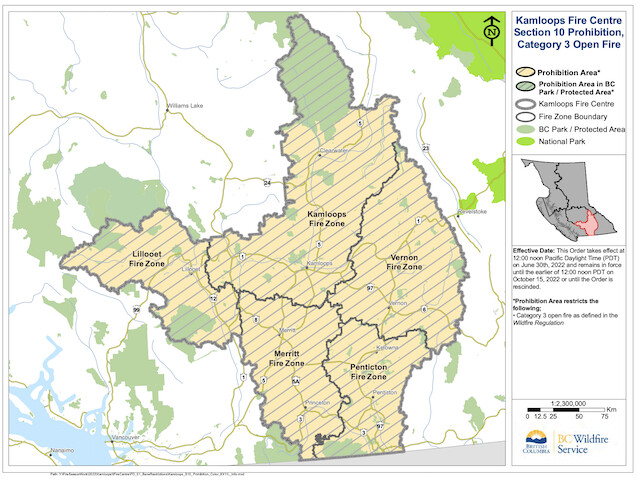 This ban is put in place to prevent human-caused wildfires and to protect overall public safety.

The ban will remain in effect until noon October 15 or until the order is rescinded. Anyone creating category three fires within the Kamloops Fire Centre’s region must extinguish the fire by the June 30 deadline.

This specific fire ban applies to all public and private land within the Kamloops Fire Centre, unless specified in an enactment.

Campfires that are half-metre high by a half-metre wide or smaller are still acceptable and does not apply to cooking stoves that use gas, propane or briquettes.

Anyone not following the law may be issued a ticket worth $1,150 and may face penalties of up to $10,000. If convicted in court, people could face charges of up to $100,000 and be sentenced to a one year jail term. The person found responsible may have to pay all firefighting costs.