Tk'emlups, City of Kamloops honoured for commitment to reconciliation 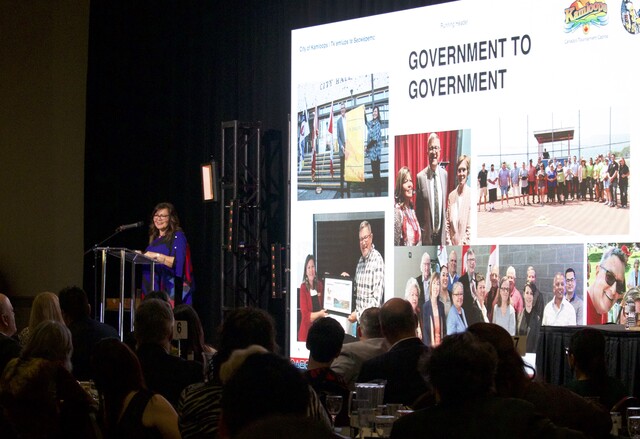 Tk’emlups te Secwepemc and the City of Kamloops have been honoured with a provincial award recognizing those showing leadership and a commitment to furthering reconciliation.

Recipients of the award are selected by a committee that includes Indigenous Elders and other First Nations leaders.

In a statement, TteS Kukpi7 Rosanne Casimir said the relationship the First Nation has built with the City of Kamloops has led to meaningful connection and dialogue that has benefited both communities.

“We are honoured to be recognized for charting this path together and hope to be an inspiration to other communities with similar potential for collaboration.”

A statement from the City of Kamloops said it has worked together with TteS on several initiatives over more than a decade. This includes developing shared service agreements for fire protection, transit and sewer management, as well as other initiatives around protocol and communication.

The city said the partnership has grown through a process committed to acknowledging and celebrating TteS culture, values and history.

Mayor Ken Christian said the past year has served as an important reminder that the relationship between the city and TteS is one involving ongoing reconciliation.

“Because of the enhanced level of trust between our two governments, we’ve been able to face the past together and acknowledge that we may still make mistakes, but we are also looking to the future and can see opportunity and hope in a collaborative path forward,” Christian said.

“We are honoured by the recognition we have received in this work and are encouraged to continue growing together.”