Will RIH tower be staffed? 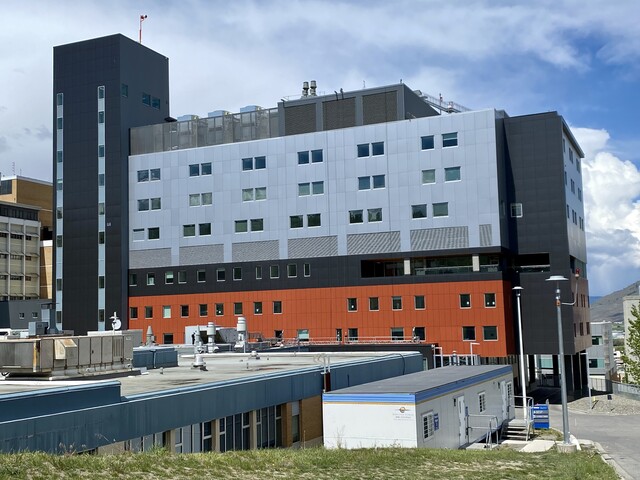 Photo: Tim Petruk
The Phil and Jennie Gaglardi Tower at Royal Inland Hospital is slated to open on July 17.

The head of Royal Inland Hospital says it will "take some time” before the facility’s new patient care tower is adequately staffed, but she expects the state-of-the-art building to serve as a recruiting tool on its own.

The Phil and Jennie Gaglardi Tower is slated to welcome its first patients in the middle of July. The $417-million tower has been under construction at RIH since 2018.

Earlier this month, Kamloops Mayor Ken Christian, who also chairs the Thompson Regional Hospital District, said he was worried the facility “will be nothing more than bricks and mortar” without proper staffing.

RIH is in the midst of a staffing crisis. Interior Health officials have said they are doing all they can to recruit, but it will take time.

Castanet Kamloops asked Tracey Rannie, executive director of RIH, whether the tower would be adequately staffed when it opens.

“We do have staffing shortages, so we’ve done a lot of work as we move into the tower to change our rotations to align with what is needed in the tower,” she replied.

“The tower is an incredible investment in our community. Also, I would add, it’s a modernized facility — it’s absolutely beautiful — and that helps with our recruitment efforts.”

Rannie was again asked whether staffing would be adequate for the tower’s opening, slated for July 17.

“Well, we are in a staffing shortage,” she replied. “So we’re going to be working toward that and it’s going to take a while to recruit.”

“There’s been a lot of work around recruitment and we’re going to continue to recruit,” she said.

“One thing is, Kamloops is a great community. It’s a beautiful region full of activities. We highlight this in recruitment efforts. We still have work to do. … It’s going to take some time to recruit folks.”