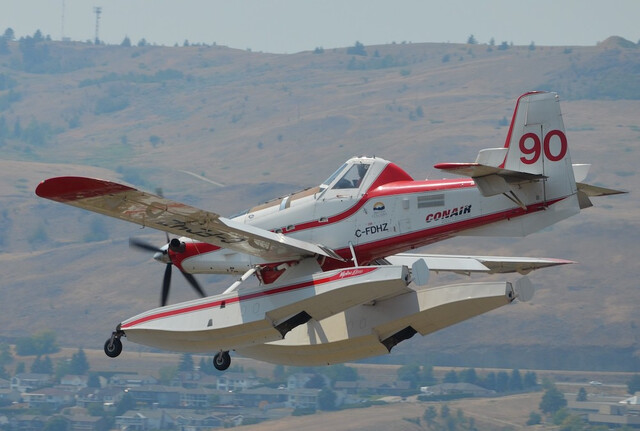 The BC Wildfire Service is preparing for fire season, with the arrival of a half-dozen aircraft at the Kamloops Airport.

The six “skimmer” planes arrived in the Tournament Capital on Friday afternoon, according to BCWS.

Each aircraft can scoop up to 3,025 litres of water in 15 seconds, BCWS said in a tweet on Friday.

According to BCWS, the planes work in groups of four to continuously drop water on active hot spots.