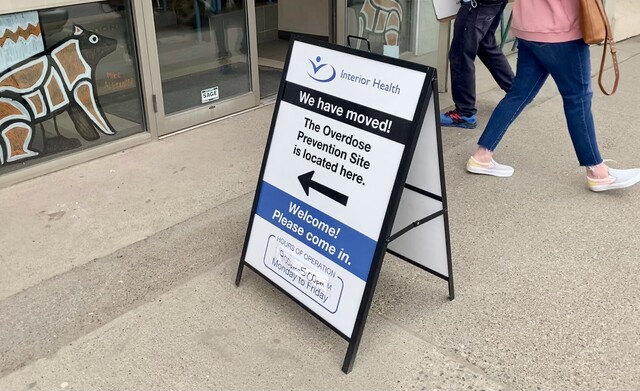 A new supervised consumption site is now operating inside a building in the 200-block of Lansdowne Street.

Interior Health confirmed overdose prevention services are being provided in a temporary space at 235 Lansdowne St. while a permanent site is being constructed at the same address, a building home to a number of unrelated IH offices.

“Services include supervised consumption, distribution of harm-reduction supplies and connections to other mental health and substance-use services both through Interior Health and community agencies,” an IH spokesperson said in an email reply to a query from Castanet Kamloops.

Eighty-seven people died in Kamloops last year due to illicit drug toxicity — a record number that pegs the Tournament Capital among the most impacted communities per capita in B.C.