Man in custody following pursuit that stretched from Valleyview to Westsyde 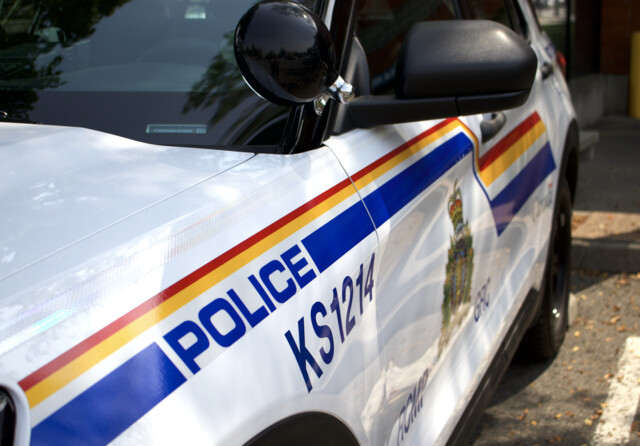 A suspect was arrested early Monday afternoon after an RCMP vehicle was allegedly rammed during a pursuit that started in Valleyview and ended in Westsyde.

RCMP Const. Crystal Evelyn said police received a report at about 12:30 p.m. of a grey BMW with no licence plates being driven erratically in the Valleyview area.

Evelyn said Mounties set up a spike belt in the Halston Avenue/Highway 5 area, but the vehicle kept driving with two deflated tires.

She said officers in unmarked vehicles monitored the BMW after the pursuit was called off in the interest of public safety.

“Officers were able to discretely keep an eye the vehicle in the safest way possible, until the driver eventually stopped and exited,” she said.

“As soon as the suspect got out, officers and the police dog services unit moved in and took the man into custody, preventing his drive from resuming.”

Evelyn said the BMW struck a police cruiser during an earlier attempt to end the pursuit.

The eventual arrest took place in the Oak Hills community in Westsyde.

“In this case, all units worked together to ensure the safety of the public in a very visible police incident,” Evelyn said.

“No one was injured, including the officer whose vehicle was struck.”

Evelyn said the driver remains in custody with a number of potential charges pending.

Anyone with information about the incident, or dash-cam footage showing the BMW, can call police at 250-828-3000.