'You broke me,' niece says 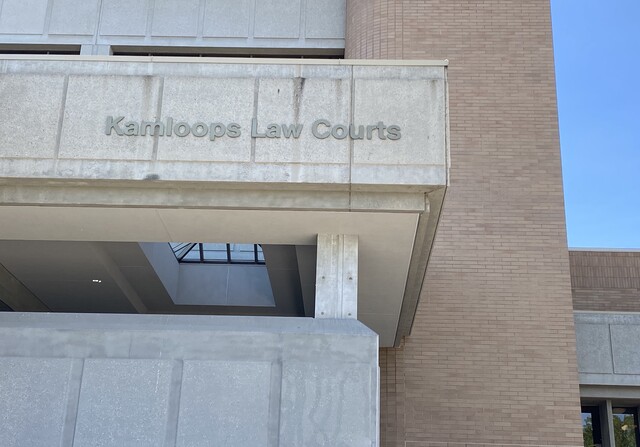 The trial of a Kamloops man accused of sexually assaulting his niece continued Wednesday, with a B.C. Supreme Court jury hearing audio recordings taken by the woman as she confronted her uncle over the phone about what happened.

In one recording, Dinushini Maligaspe told her uncle, Nihal Maligaspe, she had been “killed inside” by his actions.

“You sent me down a difficult path for years. You have no clue. You think I’m successful, you think that. It’s just a face, a mask I have to put on,” Dinushini said.

“From Day 1, when you had sex with me and you insisted on it, and you broke me. And it looks like I succeeded but I haven’t.”

Maligaspe is standing trial on three counts of sexual assault related to incidents alleged to have occurred between October of 2002 and September of 2008.

Crown prosecutor Katie Bouchard presented her opening statement to jurors on Tuesday, saying Maligaspe helped his niece Dinushini travel from Sri Lanka to Canada as she hoped to leave a “chaotic” home and make a better life for herself.

(Complainants in sexual assault cases typically cannot be named because their identities are protected by court-ordered publication bans. In this case, Dinushini applied successfully ahead of the trial to a judge to have the ban lifted, meaning she and Maligaspe can be identified by name.)

Bouchard said Dinushini arrived in Canada in 2001. She enrolled in post-secondary nursing courses and lived with the accused and his family in Kamloops. It was in 2002 when Maligaspe allegedly began forcing himself on her.

On Wednesday, Dinushini said she first confronted Maligaspe about the events over Skype in 2018, after she had moved to Calgary. Dinushini said her uncle seemed sincere and was “receptive — he acknowledged what he had done, he apologized,” but she was unsatisfied with the answers she received.

She said she scheduled a phone call with Maligaspe in March of 2019 and decided to record it as a memory aid.

Maligaspe was not aware the phone call was being recorded.

“It didn’t feel like I was getting all the answers but I had no way to go back. This was such a huge event, I didn’t want to miss anything, I wanted to be able to go back and listen,” Dinushini said.

In the audio recording, Dinushini asked Maligaspe why he “kept pushing” to have sex with her knowing that he was in a position of power over her.

“You not only [were] financially supporting me — accommodation and all that at the Kamloops house — you were also an instructor, you were a teacher,” she said.

“When I left Kamloops and went to Calgary you kept pushing.”

Maligaspe replied he had “never seen my power position with you at all.”

“I never ever thought about that. If you had slapped me and kicked me it would have woken me up,” he said.

Dinushini then asked why he wouldn’t take responsibility for his actions.

“I came from a broken home. I was already weak and meek and I had been abused before,” she said in the audio recording.

“You give all your children the best possible conditions to grow and thrive, and you helped them through all this and you took me — the broken one — and broke me some more, and now you’re telling me that I should have slapped and kicked you and stopped you when you kept pushing yourself on to me? Tell me why.”

Maligaspe could be heard on the tape saying he understood.

“I accept full responsibility of every situation. And I let people down, I let you down,” he said.

In a statement to the jury on Tuesday, defence lawyer Jay Michi said Maligaspe would be giving evidence in his own defence.

“[The accused] will tell the jury that this was a consensual relationship, albeit a highly inappropriate one — but a consensual one,” Michi said.

He asked jurors to keep an open mind about the evidence that would come forward throughout the trial.

The trial is expected to continue for the remainder of the week.