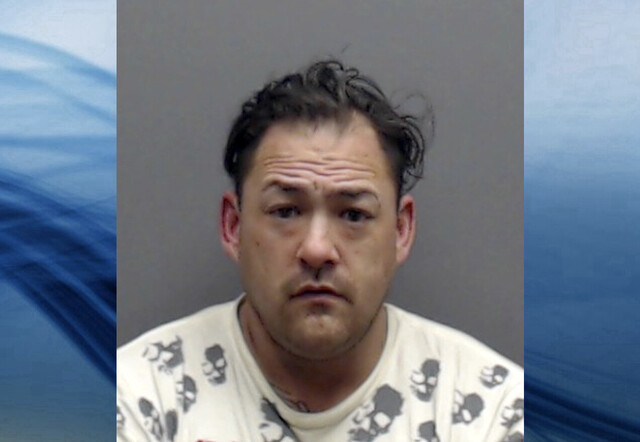 A Kamloops man who was busted hiding four sticks of dynamite, two bombs and a half-dozen guns inside a storage locker has been ordered to spend more than four years in prison.

Brett Kiichi Haynes, 45, was sentenced in B.C. Supreme Court on Monday after earlier pleading guilty to three firearms-related charges and one count of possessing explosives.

Court heard Mounties executed a search warrant at a storage facility on the Tk’emlups reserve on June 10, 2020.

The police search turned up six guns — a loaded .223-calibre semi-automatic, a carbine rifle, a bolt-action rifle, a .30-.30 lever-action rifle, a .22-calibre handgun and a 20-gauge shotgun — as well as four sticks of dynamite and two homemade bombs.

Haynes was arrested at the scene while Mounties conducted the search. Court heard he showed up in a taxi with a key for the storage unit in his backpack.

Haynes, who has 64 prior criminal convictions and has previously been named on the Kamloops RCMP’s list of prolific offenders, was bound by five separate firearms prohibitions at the time of his arrest.

B.C. Supreme Court Justice Gordon Weatherill was looking for some assurance that Haynes will “get the message” this time.

“What’s he doing going around with a loaded firearm when he’s got five prohibitions?” the judge asked.

“Mr. Haynes was borderline delusional at the time. His plan was to ‘bug out,’ is the term — to go to a remote location, do a bunch of drugs and hope that the people in his life who were after him didn’t come after him.”

Michi said Haynes had been told by police at the time that there were credible threats to his life.

Court heard Haynes has been doing well and making the most of his time behind bars. He’s been in jail since his arrest.

Weatherill agreed to a joint submission that would see Haynes jailed approximately 4.5 years. Once he’s given credit for time served, he will have about two years left to spend in jail.

In addition to the jail time, Haynes was handed another lifetime firearms prohibition.