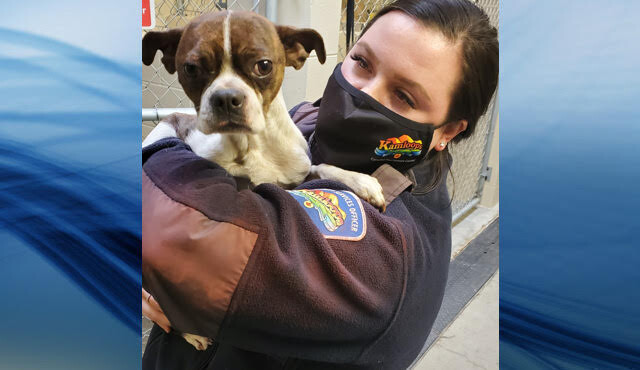 A missing dog has been reunited with its owners after a Community Services Officer responded to a call from a resident reporting the scared pet.

According to a news release from the city, the Community Services Division — formerly bylaws — received a call from someone who said a small dog had been hanging around their neighbourhood for days and looked like it needed care and food.

“A Community Services Officer responded and found a small dog hiding under a boat,” the city said, adding the CSO brought the dog back to the office to determine what to do next.

The city said the dog wasn’t wearing a collar and couldn’t be identified through licensing, but a staff member recognized it from a post that had been shared on Facebook and reached out to the person who posted.

“The resident explained that their dog had disappeared approximately two weeks earlier and they believed the dog had drowned after being spotted falling through the river ice,” the city said.

“The resident attended the Community Services office immediately to find their beloved pet was very much alive and very excited to see them.”

The city said it was pleased to see this happy ending, and reminded residents that license tags can help staff identify dogs quickly if they go missing.