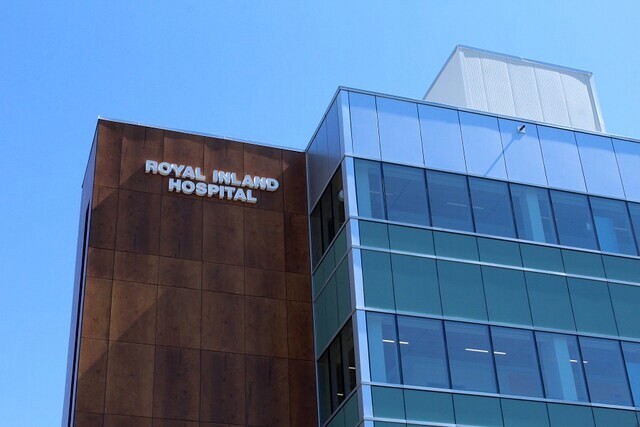 Interior Health has hired a recruiter specifically for Royal Inland Hospital in an effort to shore up staffing at the beleaguered facility that’s been at the centre of a number of crises in recent months.

“We do still have work to do there with recruitment,” she said.

“And we’re doing some innovative things with nursing students in different disciplines to bring them to Royal Inland maybe a little bit sooner than your traditional graduation dates.”

In a year that was trying for healthcare facilities in Canada, RIH had an especially difficult 2021.

Not only did the hospital have COVID-19 related outbreaks and staffing concerns to deal with, it also saw repeated influxes of patients over the summer as wildfires burned throughout the region, and another one in November when Merritt was evacuated due to flooding.

“There’s no hospital in B.C., and I don’t believe any hospital in Canada, that has faced as much challenge as Royal Inland over the last three months,” B.C. Health Minister Adrian Dix told CFJC Today in November.

At a city council meeting Tuesday, Mayor Ken Christian spoke about the impact the circulating Omicron variant is having at RIH, saying he believes Kamloops has yet to see hospitalizations peak.

"I was on the phone as early as yesterday with Interior Health authority with respect to the situation at Royal Inland Hospital, and again, they are well over capacity," Christian told council.

"Most of the COVID cases hospitalized are people who are unvaccinated and, as a result, are taking up hospital space."

Brown told Castanet IH is working on multiple fronts in an effort to keep the hospital on track. Most non-urgent surgeries are being postponed, and temporary emergency closures and cuts at a number of rural healthcare facilities were implemented as part of a plan aimed at keeping RIH functioning.

“It was a very hard decision to take down surgery like that, but one that was necessary to reassign staff within the hospital to shore up those units that were experiencing sick calls,” Brown said.

“Anecdotally, I have heard that making this decision has provided relief for the staff that are there. So, when there’s patients coming through the door of the emergency room or even for urgent surgeries, they feel better prepared because there’s more staff to deal with those people.

“Being able to move staff around internally at the hospital will ensure that different departments like the emergency department and critical care will start to feel confident in the amount of work they have to do matching the staff they have, so that is feeling a bit better.”

Brown said she wants Kamloops residents to be confident in their hospital.

“One thing I would say to the community of Kamloops is if you need to go to the hospital, do not be worried you will get the care you need,” she said.

“Royal Inland is a fantastic tertiary care hospital that delivers excellent care, so please do not worry that if you need to go to the emergency department that you’re not going to get the care you need. You will.”