Highway Thru Hell filming pushes on through Coquihalla destruction and rebuild

Highway Thru Hell goes on 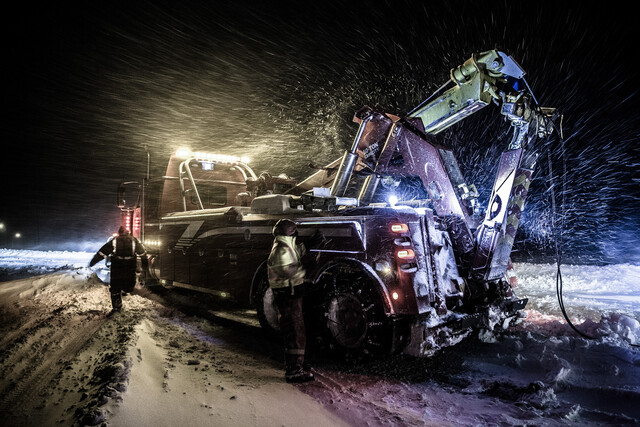 The Coquihalla Highway reopened to essential travel this week, good news for travellers and for the producers of the Discovery Channel's Highway Thru Hell.

Series producer Nicole Tomlinson says their crews have captured "comprehensive and extensive coverage" of the floods and rebuild of Highway 5 between Hope and Merritt.

Because the series typically shoots well in advance of the actual air date, Tomlinson says there was no disruption of this year's show, but they were in a unique position to cover the mayhem for next season.

"We covered it like no other crew. Two crews in Merritt, two crews in Hope and two crews in the Fraser Valley when this all happened, we were in the perfect position."

Tomlinson says the production turned into a logistical nightmare but despite the challenges, the crews didn't miss a beat. "We started flying people out of Kamloops, we hired a helicopter at one point to keep production going."

But because many of the crew and cast who work on the show live in Merritt and had to be evacuated, the emotional toll was high.

"There were times when members of our cast didn't want to be filmed. They were exhausted and going through personal trauma," Tomlinson saidd.

And then there is the highway itself, perhaps the biggest star of the show, devastated by heavy rain and floodwaters.

"The Coquihalla doesn't have a heartbeat but if there was a piece of pavement that was a character, then for our show the Coquihalla is the star."

Tomlinson says the show will continue to give its viewers what they have come to expect, "but we're working on a treatment that will also include comprehensive and extensive coverage of this unprecedented event."

"A highway is more than just asphalt, it's the movement of people and goods, it's connecting with family."

Tomlinson says while you may have to wait until the fall of 2022 to see how the show handles the Coquihalla devastation, she says the disaster and the recovery will feature prominently throughout next season and make up at least the first four episodes.