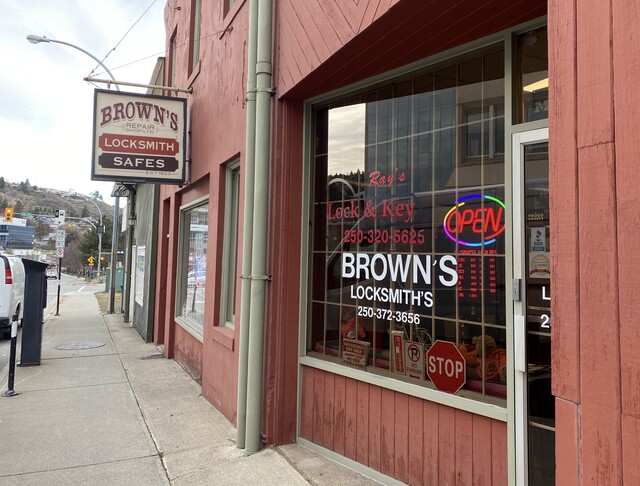 A former city councillor and well-known Kamloops businessman is suing a rival company, alleging its workers posted fake “disparaging” reviews online and tried to spread lies about his business to politicians in Victoria.

Ray Dhaliwal, who served on city council between 2016 and 2018, owns Ray’s Lock and Key and Brown’s Repair Shop, each of which provide locksmith services. In a notice of civil claim filed in B.C. Supreme Court last week, Dhaliwal accused rival Interior Locksmith of playing dirty in a number of ways.

In the notice of claim, Dhaliwal said Shannon McCaffery, alleged to be an Interior Locksmith employee, posted a false negative review to Google last December.

“This guy is a crook,” the review read, according to the document. “His business has been shut down by the government and he still runs and advertises it. I hope someone runs him out of town soon.”

According to the lawsuit, Interior Locksmith employees and representatives “maliciously and without just cause or excuse published disparaging comments about the plaintiffs in the form of numerous one-star negative Google reviews” late last year.

Around the same time, the notice of claim alleged, Interior Locksmith representatives contacted a local MLA “and made false and/or misleading statements to the local MLA about the plaintiff companies, singularly and collectively, that they were operating illegally.”

The document also accuses Interior Locksmith of passing itself off as Dhaliwal’s companies, pointing to alleged Google ads that lump the competitors together, as well as the fact "metatagging" has created confusing results for anyone trying to find Dhaliwal's companies on Google.

Interior Locksmith was incorporated in 2019, according to the lawsuit.

Dhaliwal is asking a judge to put in place an injunction preventing Interior Locksmith from publishing “disparaging comments about the plaintiffs,” making false statements about Dhaliwal’s companies, “causing confusion” among those looking for a locksmith or passing itself off as one of Dhaliwal’s companies.

Dhaliwal also wants the negative reviews deleted and any problematic Google ads removed. In addition, he wants Interior Locksmith to change its website URL — kamloopslocksmith.ca, nearly identical to Dhaliwal’s kamloopslocksmith.com — because it would violate the proposed injunction by confusing would-be customers.

No dollar amount is set out, but Dhaliwal is seeking general, special and punitive damages. He also wants to reserve the right to seek “the profits of Interior Locksmith” as potential future compensation.

The defendants — McCaffery, Danielle Gail and Interior Locksmith Ltd. — will have three weeks to respond once they’ve been served. The lawsuit was filed in court on Friday.

None of the allegations in Dhaliwal’s claim have been proven in court.