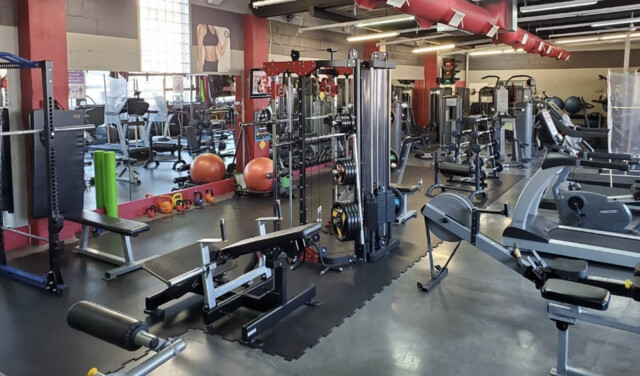 A Kamloops business owner is vowing to contravene B.C.’s newly announced COVID-19 vaccine passport program and keep her gym open for everyone — vaccine or not.

Premier John Horgan announced Monday that proof of vaccine would be required for anyone looking to go to a movie, visit a bar or restaurant or attend a live sporting event. The measures, which come into effect on Sept. 13, will also impact gyms and other fitness facilities.

Delrae Kohnert, owner of Ladies Only Fitness, 1055 Victoria St., said she doesn’t plan to refuse any clients based on their vaccine status.

“I need all members,” she told Castanet Kamloops.

“I can’t survive just on having one or the other. It doesn’t work like that, and nobody else pays my bills but my members. By me discriminating who is attending, I am limiting myself and my business.”

Kohnert said she is worried about alienating vaccinated members, but she’s not sure how else to proceed. She said she refuses to ask clients whether they’ve had their shot.

“Of course I do, I worry on both sides,” she said.

“But I don’t know what else to do at this point because I don’t know who is vaxed and who isn’t. … I don’t want to ask people or get into their personal business. I want to be able to accept all — and if that upsets some people, I understand it.”

Kohnert said she received a number of phone calls on Monday after taking to social media to announce her intention to disregard the measures.

“So far I haven’t had anybody tell me that they’re cancelling because I am going to let everybody in,” she said.

“Everybody can keep their distance and mask up. We can do whatever we need to do.”

Kohnert said it’s too early to say how far she’ll take the fight. When asked whether she would close if ordered to by health officials, she didn’t rule it out.

“At that point, if they’re shutting me down, they better be paying all my bills, too, because I have a lease to pay.”