An award-winning Kamloops author has released his first picture book, "How Hope Became An Activist."

George Johnson, a professor in the English and modern languages department at Thompson Rivers University, says he wrote this book because he believes that kids can make a difference.

"I am a dad as well as a writer and read stories as well as made some up for our kids when they were little. I also wanted to cover some topics that I didn’t see in the picture books I was reading to our kids, such as activism. I wanted to normalize this word, to take away the stigma sometimes attached to it," Johnson tells Castanet in an email.

It's the first of a series on how children from different backgrounds gather with their friends to take action on a range of world issues — from saving bees to helping in a food bank.

Kamloopsians can grab "How Hope Became An Activist" at The Smorgasbord, The Art We Are, The Book Place, Chapters and online. One dollar from each copy sold will be donated to FAIRTRADE Canada.

In the story, the main character, Hope (named after Johnson's six-year-old great-niece), discovers how to make positive change on issues that matter. 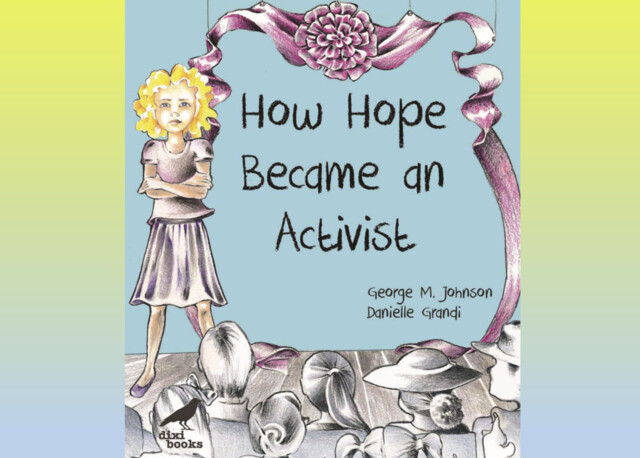 "This story draws on events that happened right here in Kamloops. Some years ago I wrote and performed in a skit, along with some kids, on sweatshop labour. We also held an anti-fashion show with the Council of Canadians here in Kamloops, and we have a refugee resettlement organization, RAFT, Refugees and Friends Together, which has been bringing in refugee families to Kamloops for over 40 years. All of these are mentioned in the story, so it really is a made-in-Kamloops tale," he explains.

Johnson will hold a mini book launch on Nov. 19 at The Smorgasbord in Kamloops from 3:30 to 4:30 p.m. He says this location is important to him because the venue's owner, Anita Strong, has been selling FAIRTRADE goods for years.

"I want to emphasize that this is a really hopeful book, as the title suggests, and I think we could all use some hope right now, don't you?" Johnson says.

Book launch tickets can be downloaded here. Attendees are asked to wear a mask.

In Johnson's video above this story, he talks about how he came to write "How Hope Became an Activist."

He is already working on his next project ("Marisa and the Mountains"), which is about learning to love where you live. It will be published February 2021.