ATM stolen in Kamloops was a Bitcoin kiosk

ATM was used for Bitcoin 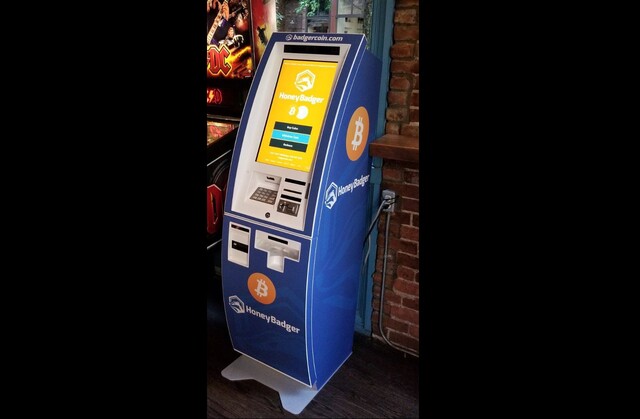 Photo: HoneyBadger/Facebook
What a HoneyBadger bitcoin kiosk looks like.

The CEO of a Bitcoin company says it was one of his ATMs that was ripped from a Dallas business earlier this week.

Police responded to Market Fresh Foods on Nov. 9, around 4 a.m., for a stolen ATM. Rob Spurgeon says it wasn't a regular ATM; rather, a specialized kiosk where people can buy and sell Bitcoin.

A witness had heard a big smash and watched a white GMC pickup drive away with the ATM in the back. Video surveillance led police to believe there were two suspects who committed the crime.

It's not the first time that's happened. Spurgeon says another HoneyBadger ATM was stolen in Kelowna in early October from Mike's Produce.

The CEO believes the two cases are linked; a white GMC pickup was also involved in the Okanagan theft. 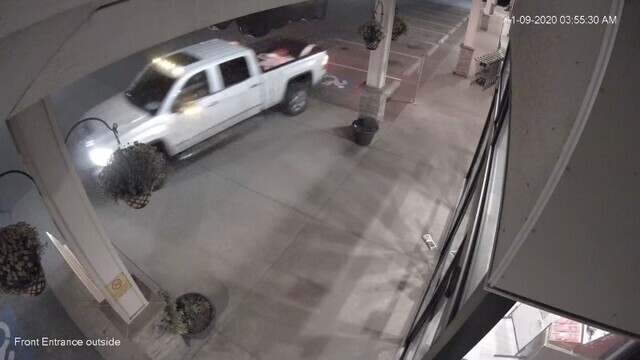 "I can guarantee you I know who the guy is," Spurgeon says. "I can give you 99 per cent surety that we’ve (told police), 'Here’s one of the people you need to talk to.' ... By first name, by licence (plate number), by telephone number, by phone conversations."

That information, Spurgeon says, is collected when buying or selling bitcoins. As a "money services business," HoneyBadger has to abide by strict guidelines.

"Because we’re Bitcoin, there’s some concern over the legitimacy so we have to follow a whole bunch of rules. We take pictures of every transaction; everybody that touches a machine, we get their picture. Every phone call, we log, we have a recording. Anybody that makes a transaction, we actually have to get some physical ID from them. Because of that, we capture all this information, which puts a bit of a file together," he explains.

Spurgeon couldn't divulge the value of the stolen Bitcoins, as to not give away the other machines, but he did say the ATM alone is $15,000. (The company has over 100 kiosks across Canada, including 10 in the Interior, in liquor stores, malls and gas stations.)

Since the Kamloops theft, HoneyBadger has started to clean out the machines every two days.

"It's causing us a great expense but we’re trying to mitigate our risk," Spurgeon says, adding they're looking at offering a reward for the ATM's return.

"We want to be community-minded. We also want to make sure citizens of the Interior know we take this stuff seriously. We're a Vancouver-based company and Bitcoin... there is some concern about its legitimacy and this kind of stuff doesn't help."

Sgt. Darren Michels with the Kamloops RCMP says the file continues to be investigated.

"(We) have been in communication with the Bitcoin company as well. We have also been in contact with other investigators to further this but I am not able to release any particulars at this point in time to protect the integrity of the investigation. I assure you this investigation is continuing and will provide an update when appropriate," he writes in an email to Castanet.

The truck is a white, newer model GMC with a yellow tow strap in the box.

The suspects were both wearing hoodies and masks to conceal their identity.