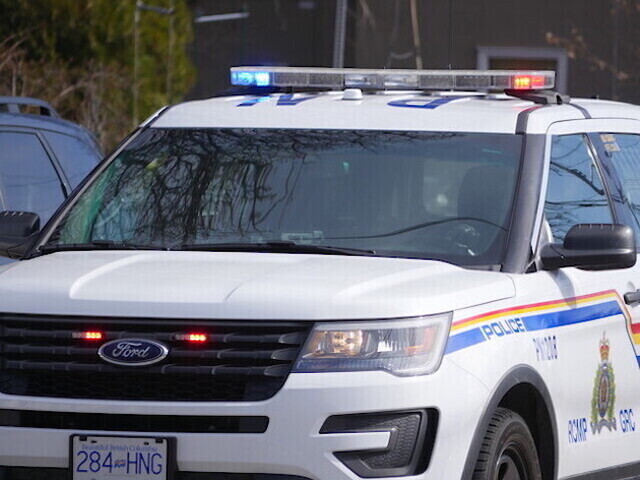 Police are looking for information about an armed robbery in Ashcroft in the early morning hours of Friday along Highway 97C.

Police say they were called to a report of a robbery at the brake check on Hwy 97C in Ashcroft at about 2:30 a.m. Friday.

According to the RCMP, a man driving a blue 1998 Dodge Dakota told police that a large truck almost ran him off the road.

The man stopped at the brake check at the top of the Highway 97C hill, when the large truck turned around and returned to where the man had stopped.

Two unidentified men came out of the truck with a long firearm. They allegedly ordered the victim to exit his vehicle at gunpoint and had him lie face down on the ground.

The two men proceed to steal several items from the victim’s car, including a large duffel bag from the back seat, before leaving the scene.

Ashcroft RCMP are currently investigating the alleged armed robbery and they're asking for any information that could assist with their investigation.

Police are looking for information about the larger truck with a light bar that would have been in the area around 2:30 a.m. The Ashcroft RCMP can be reached at 250-453-2216 or anonymously through Crime Stoppers at 1-800-222-TIPS.