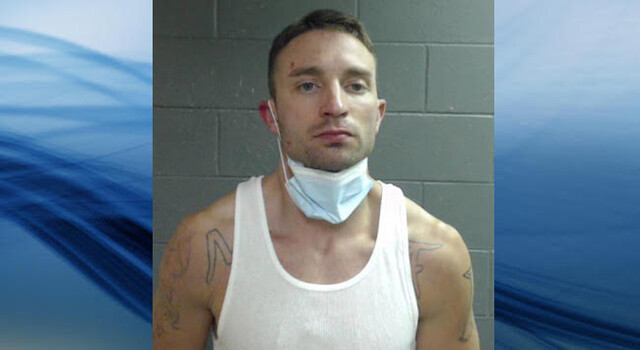 Charges have been laid against a Kamloops man in relation to a drive-by shooting that took place Thursday night.

Kamloops RCMP received reports of gunshots on Oct. 1 at 5:15 p.m., in the area of Willow Street.

It has been determined a vehicle drove up to a residence on the street and fired multiple shots at the home which had people inside at the time. Nobody was injured during the incident.

The investigation led police to a house in the Dallas Drive area where a suspect was arrested.

David Jeffery Tremblay, 34, has been charged with the following:

Tremblay is currently being held in police custody until a bail hearing. A photograph of him has been released in hopes of advancing the investigation.

"This was a broad daylight, brazen drive-by shooting in a residential neighbourhood," says RCMP Kamloops Sgt. Simon Pillay. "Thankfully nobody was killed, but we have seen incidents exactly like this result in innocent people being killed.

"If you saw David Tremblay anywhere in Kamloops on Oct. 1 or 2, please contact the Kamloops RCMP. Reckless violence like this cannot be tolerated by anyone and your information can assist investigators with this case."

This incident was targeted, but did present a danger to anyone in the area. The persons involved are associated with the local drug trade.

Anyone with information about the shooting is asked to contact Kamloops RCMP at 250-828-3000.