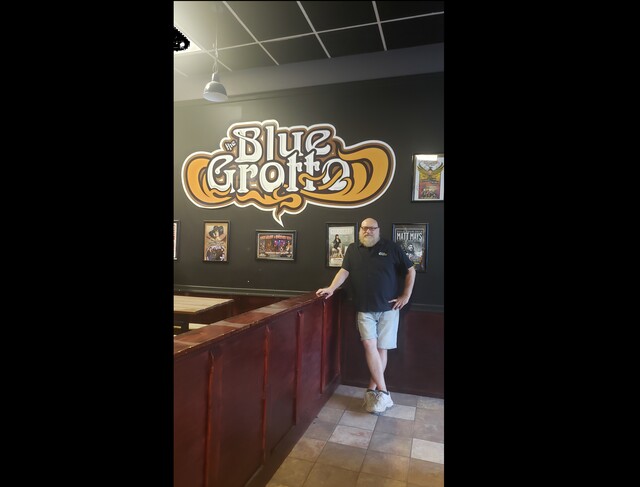 Pup Johnston was feeling on top of the world this morning, having just reopened The Blue Grotto four days earlier.

That all changed by the afternoon, when Dr. Bonnie Henry ordered all nightclubs and banquet halls to close immediately.

Johnston tells Castanet he spent between $5,000 and $6,000 last week to get his live music venue in downtown Kamloops ready for patrons.

"I put in $2,500 worth of Plexiglas and I built walls and panels so people could be socially isolated in their very own groups," he says, adding the space now contains 12 'zones' for parties of six or less. He also refinished the floor to allow for easier cleaning. 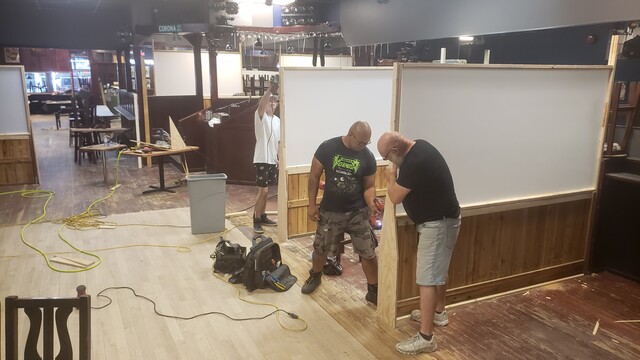 Johnston could have reopened three months ago, he says, but chose not to because it would have cost him.

"I waited and waited as long as I could and I got down to the last of the pennies," he says.

He also wanted to get everything exactly right for the big day, which had a cap of 50 people. That included keeping the music quiet and ensuring nothing danceable was being played.

"Friday, we had 44 people and they all behaved themselves perfectly. We got everybody’s phone number and then on the Saturday I don’t think we had more than 22 people, so I’m a little miffed that they're blaming nightclubs for this outbreak when we know damn well there wasn’t a campground available anywhere in British Columbia this weekend," Johnston says. "And then I hear stories of party buses operating in the Lower Mainland. I hear stories of house parties with up to 300 kids being busted by the police."

The local entrepreneur says small businesses like his are paying the price for other people's mistakes.

"If there are 429 cases, I guarantee you not one of them is from my nightclub. Not one."

Johnston adds he's angered by the conspiracy theorists who are downplaying the severity COVID-19.

"By downplaying the severity of the illness, you’ve got a guy like me who’s toed the line, who’s done everything by the book... because of people like that, I get the rug yanked from under my feet," he tells Castanet.

As for what's next, that's the big question, he says. He looks around and jokes about selling his stuff to make a quick buck.

What would help is if the federal government allowed renters to apply for its Canada Emergency Commercial Rent Assistance program, not just landlords, Johnston says.

"Somewhere in Ottawa there's an envelope with my name on it that's got half of three months rent in it, and I can't get it because my landlords don't want to get it, so I don't get it. They need to make that accessible. If they make that accessible, then I could afford to be closed more," he says, noting he's written to local MP Cathy McLeod numerous times about the issue.

Henry acknowledged the new order will be "challenging" for the impacted businesses. She said owners and staff at most bars, restaurants and clubs have done their best to follow the guidelines put in place in May.

“Those types of venues are too risky, and that is where we're seeing quite a lot of transmission, particularly in the Lower Mainland, and then it's spreading to other parts of the province as people travel or go and have other parties or get-togethers with friends," Henry added.

In addition to the closure of clubs and banquet halls, liquor service at bars and restaurants must now end by 10 p.m., while these establishments must close by 11 p.m. Restaurants that serve only their full food menu will be permitted to remain open past 11.

— with files from Nicholas Johansen