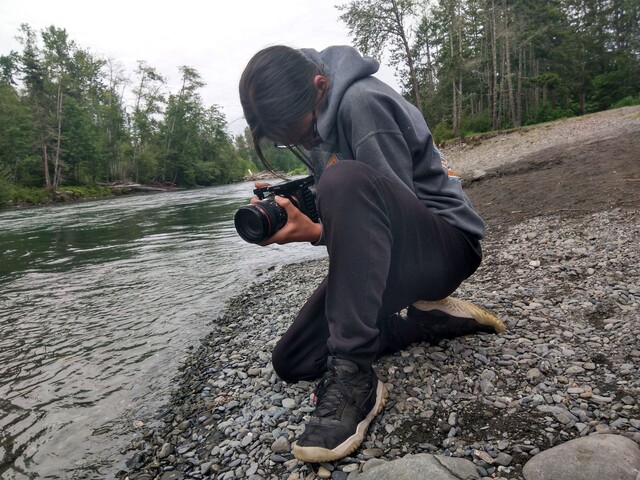 COVID-19 has forced many to pivot the way they do things.

Marius Fernandes, a 16-year-old Indigenous filmmaker from Kamloops, is no exception. The local teen is part of the Youth Communities Stories program from Reel Youth and Telus Storyhive.

Pre-pandemic, Fernandes was looking to profile an individual in his community and discuss Indigenous empowerment issues. But with provincial restrictions in place, he had to shift his subject matter, and has been producing a mini-documentary about himself, as an artist, and his musical family.

"My family, we’re very musically driven. That’s how I express my voice and that’s how I give Indigenous people a voice," Fernandes tells Castanet, noting the documentary is called ""k??ná??t né?" That translates to "a reconnection."

"If I’m being really honest, things haven’t really changed for Indigenous people. We’ve been locked down for generations, whether it’s reservations or residential schools, and we still have to find ways to stay connected," he adds, pointing to traditional song as an example.

The new storyline tells the story of the local family, as Indigenous musicians, and how they come to create an art form that can still be shared with people in a time of social distancing.

Fernandes notes the entire doc is filmed inside his house.

The short film is still in production, with the final draft due at the beginning of June. It'll be released in August on the Telus Storyhive YouTube page and on Telus Optik TV.