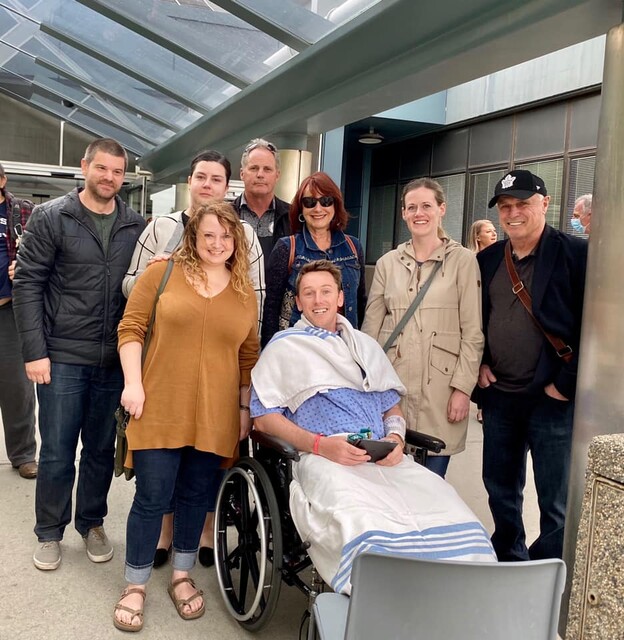 Kukpi7 Rosanne Casimir was one of drummers in attendance Thursday evening, and got a chance to address Capt. Richard MacDougall.

"I shared that we extend our heartfelt sympathies for the loss of his sister Snowbird (Capt. Jennifer Casey), and that by him coming out to meet us, that he continues to give us so much hope and that in turn, we want our prayers and songs to uplift him and give him strength to expedite his healing journey, so that he can continue his mission and journey of inspiring others," the Tk'emlups te Secwepemc chief tells Castanet.

"I didn’t anticipate having that opportunity to be able to speak with him because I was not sure at all if we’d even see him."

MacDougall looked "fabulous," Casimir adds, noting he even took some time for photos.

The other thing that shocked me is he actually allowed for a picture with us too. I got an amazing picture with him, and I was so happy," she says. 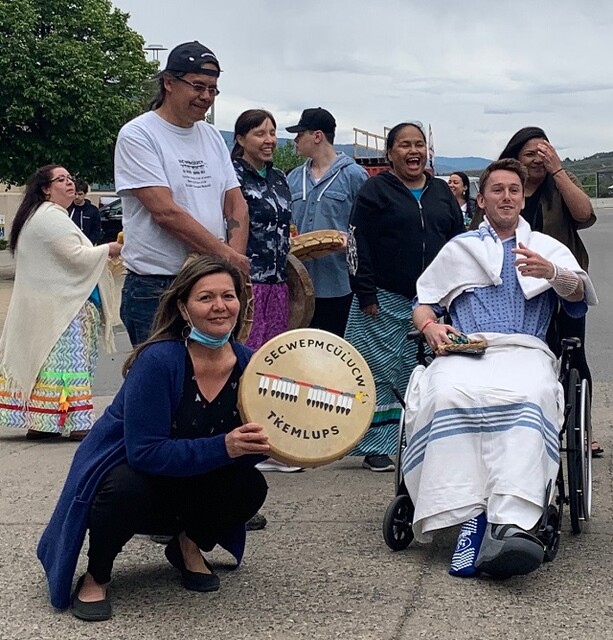 A number of Indigenous drummers, including the Secwepemc Child and Family Services Drumming Group, started playing outside of RIH around 6 p.m.

The drumming was a tribute to MacDougall, who's in hospital following Sunday's fatal accident in Brock. A Canadian Forces Snowbirds jet crashed on Glenview Avenue shortly after taking off from Kamloops Airport. Jennifer Casey, the squad's public affairs officer, was killed and MacDougall was seriously injured.

About 13 minutes into tonight's drum circle, MacDougall came out in a wheelchair. Some were caught by surprise, according to their reaction in a video posted on Facebook.

The drummers continued to play for him.

The Royal Inland Hospital Foundation shared an image of a smiling MacDougall shortly after the event.

"Thank you to our Indigenous brothers, sisters and elders for this sentimental tribute to the Canadian Forces Snowbirds," the foundation wrote on social media.

You can check out a live stream of the event (courtesy of the drumming group) below.