Eyes to the sky: Snowbirds stop in Kamloops as part of national tour 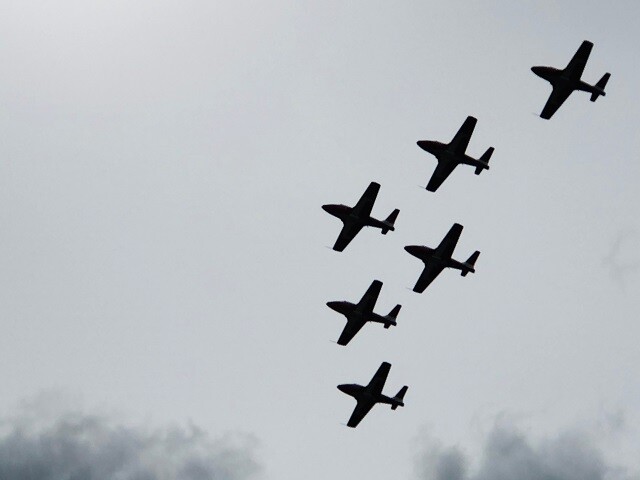 Kamloopsians were treated to a brief air show by the Canadian Forces Snowbirds Saturday afternoon.

Dozens of vehicles lined Tranquille Road to get a look at the jets, which are currently on a cross-country tour called "Operation Inspiration." The tour is a "salute to Canadians doing their part to fight the spread of COVID-19," reads the government's website.

The snowbirds took off from Rocky Mountain House around 1:45 p.m., and arrived in the Tournament Capital about an hour later.

Zach White staked out a spot near the fenced tarmac with a few friends.

"It's nice to get out and see them," he tells Castanet. "It's a bit of national pride too. It brings people together. It was awesome. I think everybody liked it."

The snowbirds landed at Fulton Field, where they were greeted by a fuel truck.

Thanks Snowbirds! You're awesome! #Kamloops pic.twitter.com/lCHwNf0U7K

Lots of cars parked on the side of the road near @KamloopsAirport to watch the @CFSnowbirds come in. #Kamloops @CastanetKam pic.twitter.com/IfkurtyAdN