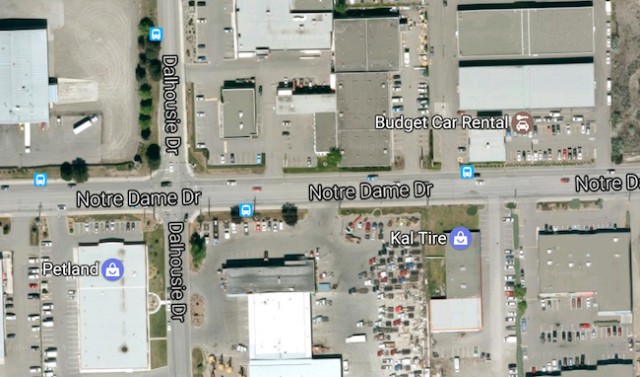 A Kamloops business burned to the ground overnight in what police are calling a suspicious fire.

RCMP were called in at 3:46 a.m. to assist Kamloops Fire Rescue, who were battling a large fire at the Budget car rental centre in the 800 block of Notre Dame Drive. The road was closed to traffic at the time but has since reopened.

Investigators with police and fire rescue remain on the scene, working to determine the cause of the blaze.