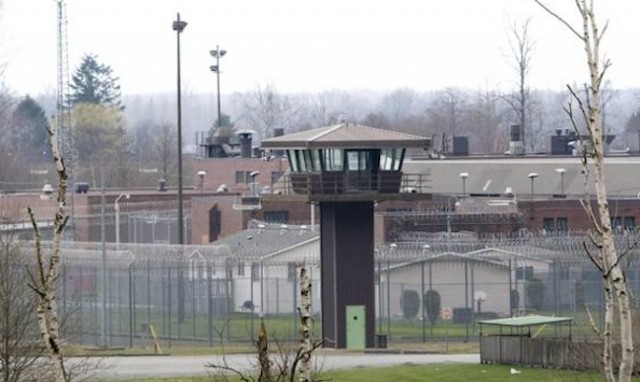 A two-on-one fight at the Kamloops jail has earned an Okanagan man nine more months behind bars.

Christian Leggatt, 21, pleaded guilty in provincial court to assault causing bodily harm for his role in a beating that left another inmate with broken bones and two puncture wounds to his face.

Leggatt was serving a three-month sentence at the Kamloops Regional Correctional Centre for assault and weapons convictions stemming from an incident in Penticton four months earlier.

Crown lawyer Joel Gold said Leggatt and Swampy approached Phillips in their unit and began attacking him. Phillips was left with a broken nose and hand, as well as puncture wounds near one of his eyes.

No weapon was found, but Gold said the wounds were not caused by a fist.

“There was no provocation. There appears to have been a weapon and it was two-on-one,” he said.

Defence lawyer Don Campbell said Leggatt took part in the attack on Phillips, his friend, to protect himself from potential harm from others in the unit.

“He really wasn’t given much choice by the people on the unit,” Campbell said. “It was a situation where they said, ‘We’ve selected this person, he’s going to get beat up, you’re going to do it.’

“This is something he was directed to do. He’s a small person trying to survive in a toxic environment.”

The assault is part of “an epidemic of violence” at the jail, Campbell said.

Court heard Leggatt was disciplined internally by jail staff, ordered to spend 25 days in solitary confinement and another 55 days in 23-hour lockup.

He was released in September and returned to Penticton. In February, he was charged in relation to the jailhouse beating and arrested again.

Swampy pleaded guilty at an earlier date and was handed a six-month jail sentence. Given Leggatt’s record, Gold asked for nine months in jail while Campbell requested a sentence of seven months' time served.

“I’m really not a bad person,” Leggatt said in court.

“I’m trying to be a father to my baby right now and that’s my Number One goal. I feel like I’ve repaid my debt to society with time served and I should be released.”

Harrison sided with the Crown, ordering Leggatt to spend nine months in jail, followed by a term of probation.

He was also handed a 10-year firearms prohibition and ordered to surrender a sample of his DNA to a national criminal database.