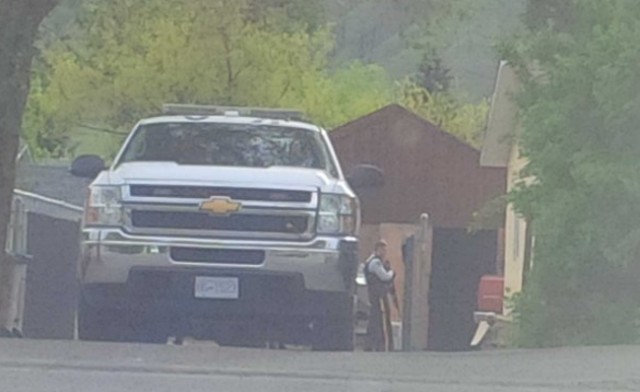 The Kamloops Major Crime Unit is now confirming two men were arrested, Sunday, between the Westsyde Road and Lorne Street locations.  Both men were previously known to police.

Corp. Jodi Shelkie stated in a release, multiple people were also detained for officer safety as the investigation progressed.

All of those detained or arrested have been released.

No one was injured when shots were fired into the residence on early Sunday morning, police report.

Further investigation led officers to explore two other locations in Kamloops and a warrant was executed at a residence on Westsyde Road, says an RCMP release.

Police say some people were arrested and taken into custody but were subsequently released.

No charges have been recommended at this time, police say.