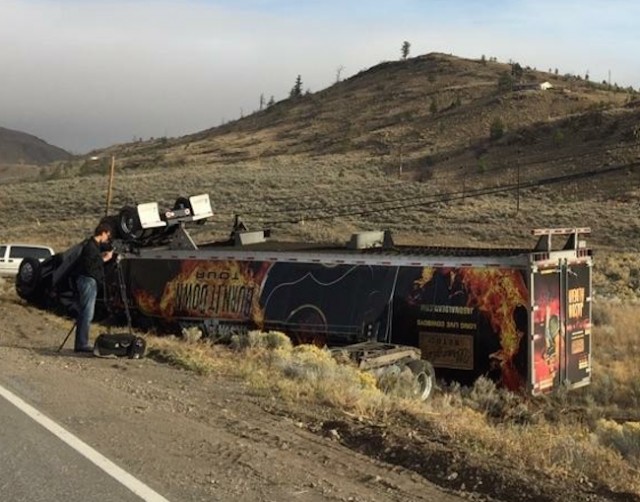 According to the official Jason Aldean website, the Prince George concert set for tonight has been postponed.

While the Aldean camp does not specifically mention the semi-truck crash, it is likely to blame as the truck carried the band's instruments.

The show will go on tomorrow instead and all tickets for tonight's show will be honoured at the gate tomorrow. 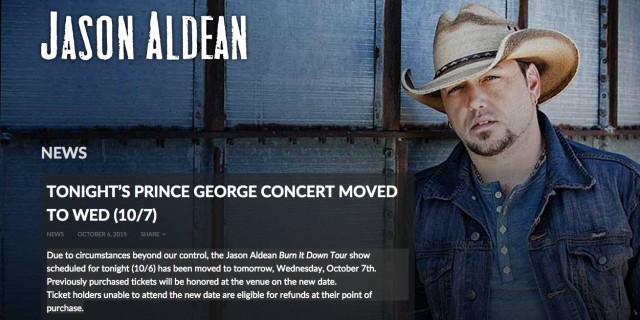 If Jason Aldean's truck could talk – it might have a real story to tell.

The driver of one of Aldean's tour equipment transport truck's lost control this morning causing the vehicle to go off the side of the road, strike a rock and flip.

The truck itself contained music equipment belonging to Aldean’s band, which had just finished a performance in Kamloops and were on the road for their next tour stop in Prince George.

So far, Aldean has not commented on the crash or whether it might have an impact on the Prince George show.

Kamloops Rural RCMP say cause of the accident remains under investigation.