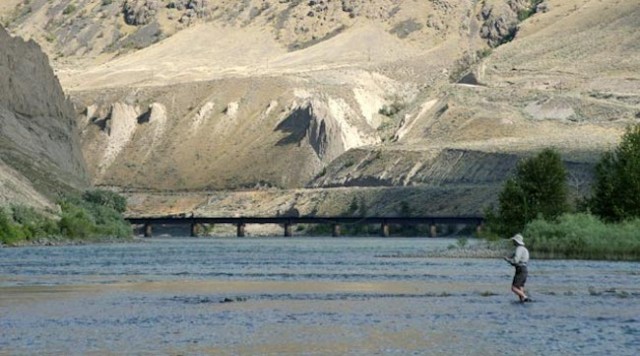 The Government of B.C. has just announced a 'level three' drought rating for the South Thompson, Nicola, Similkameen, Okanagan-Kettle and Skagit regions, and has taken the additional action of suspending angling in streams and rivers throughout the South Okanagan due to ongoing low stream flows and warming water temperatures.

Effective July 15 through Sept. 15, all streams and rivers in the Similkameen drainage as well as the Kettle and West Kettle Rivers, and all tributary streams in these areas will be closed to angling. The angling closure covers all streams in Wildlife Management.

The closure has been put in place to protect fish stocks at a time when they are vulnerable due to low flows and high water temperatures.

The geographic area covers most of the south Okanagan Lake fishing is not affected by the order.

The highest rating is a level four for drought conditions and is determined by factors including regional stream flows, water storage capacity, ecological concerns, weather forecasts and impacts on water users.

The heat wave across British Columbia has pushed temperatures in some waterways to 19 degrees, just one degree below the point where the Department of Fisheries and Oceans predicts there could be damaging effects on fish.

Area resources director Stu Cartwright says important salmon-bearing rivers such as the Fraser, Thompson and Nicola are all affected.

He says juvenile salmon along the Thompson and Fraser systems sometimes spend more than a year in those waters and will be stressed, as will adult fish that begin arriving soon to spawn.

Cartwright says juvenile salmon in the Nicola River are also at risk.