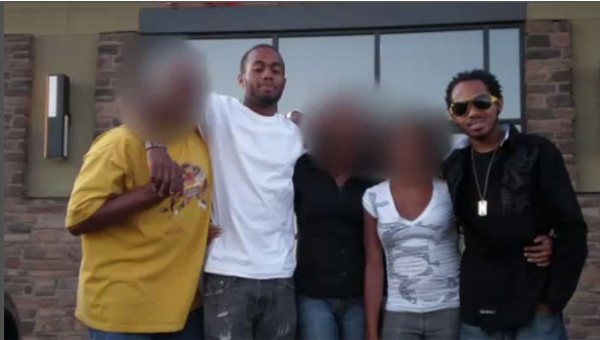 One of two brothers from Calgary who reportedly travelled overseas to join a terrorist group in Syria was a social young man who didn't talk about religion.

CBC News reported last week that Collin and Gregory Gordon, two brothers who most recently lived in Calgary, had travelled to Syria to join the Islamic State of Iraq and the Levant, or ISIL.

Collin Gordon, who grew up in Calgary and played volleyball for the Southern Alberta Institute of Technology, joined the WolfPack men's volleyball team at Thompson Rivers University in Kamloops in 2008. He dropped out of school the following year.

In a university media package prepared for the 2008-2009 WolfPack season, Gordon is described as an average volleyball player who had good ball control and an excellent vertical jump.

Gordon is quoted in the media package as saying his biggest role model was swimmer Michael Phelps, who he described as "the example of perfection." He said his long-term goals included operating a small business.

Spencer Reed, who was in his first year on the team that season, said Gordon was a "mellow dude" who was known for throwing parties.

“He just sort of went about his own business,” Reed told Kamloops This Week.

"He was quite well known in the campus community, I think. He was involved in a lot of little projects, quite social, just sort of did things he was interested in."

Reed said he was stunned when he saw a photo of Gordon accompanying the CBC story about the brothers. Reed sent text messages to other former teammates, all of whom were "flabbergasted," he said.

Reed said he and Gordon got along, but they weren't especially close. He never knew Gordon to speak about religion.

"It never came out," Reed said.

After Gordon dropped out of Thompson Rivers University, he was active in a group called the Kamloops Social Club, which organized parties at local bars.

"He was an interesting character," said Nate Froese, who operates Joy Factory Films and did some work for the social club.

"He was very driven and ambitious, but he had a hard time following through on things. He had goals in mind and he went after them, that’s for sure."

A former classmate who asked not to be identified said she remembers Gordon as a very social person.

"I can say that he was really nice, really personable and outgoing," the woman said. "He was stoked on life."

A Twitter account that purports to belong to Gordon was filled primarily with posts about basketball games and weekend plans in 2011, when, at least for part of that year, he appeared to still be living in Kamloops.

The tone began to shift in early 2012, when Gordon interspersed his postings with quotes from the Qur'an. By May 2012, his Twitter feed was almost exclusively devoted to religion.

Kamloops This Week attempted to reach Gordon by sending him messages on social media.

He declined an interview, instead writing: "I will consult with my brothers as Allah says to do and then make a decision in your regard."

When asked whether the allegations against him are true, he wrote: "You would find the truth in the Qur'an."

Christopher Seguin, vice-president academic at Thompson Rivers University, told Kamloops This Week that he could not comment on the Gordon matter due to privacy issues.

A political science instructor at the university plans to hold a public forum Thursday afternoon, titled: How could a TRU business student be fooled into joining the (ISIL) terrorists?

Did you interact with the brothers? Send photos and video to [email protected]