I have known of Kim Calloway for a number of years throughout his career here on the lakeshore. I always thought he was an excellent newsman and was impressed with his ability to manage and host a talk show there. When he passed away it was a surprise to many although he had decided, along with his long time fiancée Arlene McClelland, that it was time to retire. That happened and then he was told he didn’t have much time to live.

On Friday of this week there is a special Kim Calloway Celebration of Life. It is being held in the Kelowna Community Theatre. The committee in charge are inviting his co-workers and his friends who would like to join in the celebration taking place from  5 PM to 7 PM.

Rest in Peace my friend and get out the old recorder and start the tape rolling because the line up of people to interview is enormous. Kim will see The Lennons who he did a classic interview with in the 1960’s and they became friends while he worked for CHUM Radio in Toronto.

The rest of the world is in a mess and the news is always about potential wars and I sit and think about Kim’s passing away and the other stuff doesn’t manner.

The Holiday Inn on Harvey Avenue in Kelowna has been without a restaurant for a while but they tell me that a new one will open on the site shortly. I believe that Ricky’s All Night-All Day Grill was on the property since the opening of the hotel.

The new building being redeveloped by Norson Contractors on the old Swiss Chalet site at Harvey and Burtch is the Bulk Barn. The company already has a Bulk Barn on the Westside. The construction should be completed near the beginning of October. The shelves have to be loaded and the store should be open at the end on that month.

That’s a good move and will make that corner shine again. 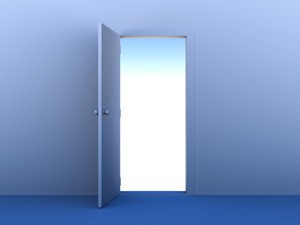 This was written at the University of Notre Dame and I thank then for it because now I understand.

Ever walk into a room with some purpose in mind, only to completely forget what that purpose was?

Turns out, doors themselves are to blame for these strange memory lapses.

Psychologists at the University of Notre Dame have discovered that passing through a doorway triggers what's known as an event boundary in the mind, separating one set of thoughts and memories from the next.

Your brain files away the thoughts you had in the previous room and prepares a blank slate for the new locale.

Thank goodness for studies like this. It's not our age, it's that damn door!.

By 1933 the Sleeman brewery had ceased operations when their liquor license was revoked for bootlegging, specifically, smuggling beer into Detroit, Michigan. The brewery was restarted in 1988 by John W. Sleeman, the great great grandson of John H. Sleeman. The company's current products are based on the family's original recipes. In 2006, the brewery was purchased by Japanese brewer Sapporo Brewery.

Every week TV tells us the story of Al Capone and Sleeman Brewery in those days when it wasn’t illegal to smuggle beer across the line as the Americans faced prohibition.

John H. Sleeman, the great, great grandson founded Sleeman Brewery in 1988. He came one day and spoke to our Executive Roundtable. It was a very interesting story and he had a special box with him and he took out his great, great grandfather’s recipe book and showed it to us.

Mike McCardell a long time fixture at Global TV news Vancouver has switched sides and joined the news team at CTV Vancouver. His five minute narrative was a favourite of the viewers. He produced those every evening for the 6 PM news.

The new segment is scheduled to air weekdays starting Sept. 2. McCardell and Gerry will provide the “exclamation point on the day’s news,” according to a CTV article announcing the segment.

“Mike and Dave are veteran broadcasters and local icons with strong roots in this community, and we look forward to having viewers discover the unique chemistry and energy they bring to CTV News at Six,” said Les Staff, news director of CTV British Columbia in the article. “With more than six decades of broadcast experience between them, Mike and Dave are more than familiar faces – they are an integral part of the narrative and tradition in this province. We welcome Mike and Dave to CTV News, and are delighted to unite viewers with these gifted storytellers.”

I sat watching a football game trying to remember the young men who started a sign company in Kelowna many years ago with the rolling billboards. I think they were the first to create these boards for sporting events. They also developed sign boards in an office in Landmark Square. I know one of them went to Phoenix to live and work and maybe they are still working with ideas.