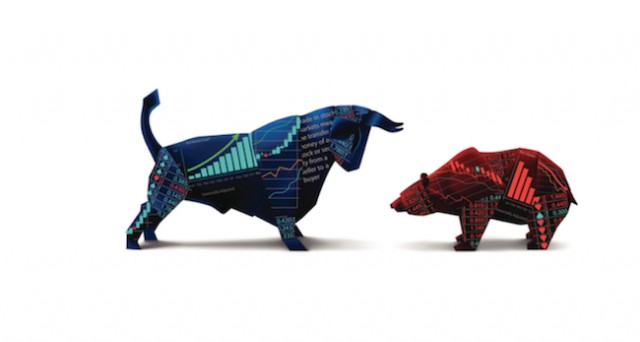 The investment industry, like most industries, is full of jargon. Often when we’re talking to clients, we advisors revert to the language we’re most comfortable with. Unfortunately it’s more often than not a form of speech most regular people misunderstand. Between acronyms, industry terms and slang, investment speak is a foreign language to most people.

Probably the most basic of investment terms are the ‘bull’ and ‘bear’ market designations. These terms originated from the way each of the animals would attack their opponents. The bull will thrust its horns up into the air as it charges its opponent and makes contact, while the bear typically swipes downwards at its enemies. Metaphors being what they are, and alliteration being so pleasant, these were adopted to represent rising and falling markets.

Not to be outdone by history, the technical geeks in the investment world felt compelled to put their thoughts forward and complicated the definition with details like ‘percentages’. Thus, the industry definitions are now as follows:

A market condition in which the prices of securities are falling, and widespread pessimism causes the negative sentiment to be self-sustaining. As investors anticipate losses in a bear market and selling continues, pessimism only grows. Although figures can vary, for many a downturn of 20% or more in multiple broad market indexes, such as the Dow Jones Industrial Average (DJIA) or Standard & Poor's 500 Index (S&P 500), over at least a two-month period, is considered an entry into a bear market. (Source: Investopedia)

A bull market definition is a little simpler, and is defined as a market in a group of securities in which prices are rising or are expected to rise. Optimists being what they are, the sky is generally thought to be the limit, but ultimately any upside that is sustained for a period longer than a few days can be construed as the beginnings of a bull market.

While technical definitions can be enlightening, there are much easier ways for people to know whether we’re in a bull or bear market. In fact, there’s a DIY hack for it. You don’t need percentages and graphs to tell you what direction the market is going, just some basic indicators that anyone can use. Gut checks to which we can all relate, regardless of what your advisor is trying to tell you.

Your statements remain unopened on the kitchen table for months at a time.

Whether it’s the paper, online investment sites or TV, all of the experts are reporting headlines of doom, gloom and disaster.

You were hoping to fly off somewhere last minute, but now you’re thinking a road trip might be a better idea.

You find yourself following the sponsored investment links in Google, and actually considering buying the end of the world books they’re selling.

You’re more likely to discuss your investment portfolio with your friends.

You care what the Fed has to say.

It seems as though it is raining or snowing all the time.

There’s always one friend who’s just dying to tell the rest of you that they’re making money despite everyone else’s misery.

You don’t wait for your statements to arrive, you check online before you go to bed. If it’s well into the Bull, you don’t even check anymore.

Everyone on TV, online, and in the paper seems happy, optimistic and convinced it will never stop.

You’ve decided that a holiday somewhere sunny is a great idea.

The sports page, the entertainment section and well-being blogs seem much more interesting.

The weather is better.

Nobody’s talking about investments, because they don’t want to upset all their friends who aren’t making money (that one guy who made money in the bear market has gone silent).

Regardless of the definitions and terms used, bear markets are generally not fun for anyone involved, and bull markets are something we believe should be happening all the time. The reality is that in any market, someone is selling and someone is buying, which means that somebody is always going to make money. Just like the song by Alan Jackson and Jimmy Buffet, It’s 5 O’clock Somewhere. 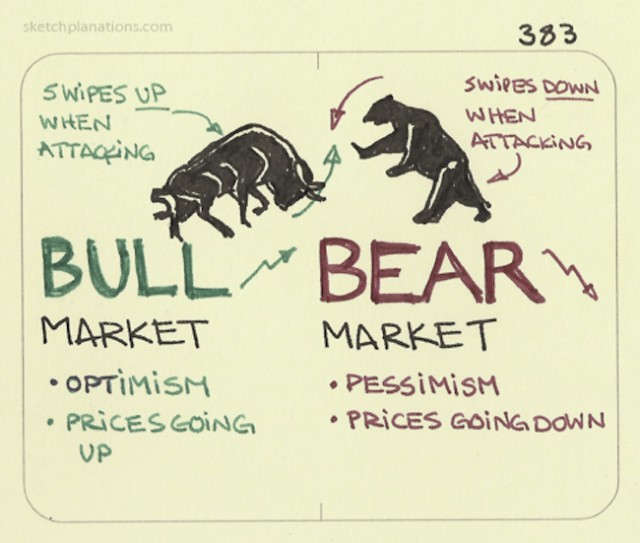 
More It's Your Life articles

Jeff is an advisor and partner with The Navigation Team at Scotia Wealth Management.

He lives in Kelowna with his wife Tanya, their two university bound daughters and their canine kids.

You can contact Jeff by email at [email protected]