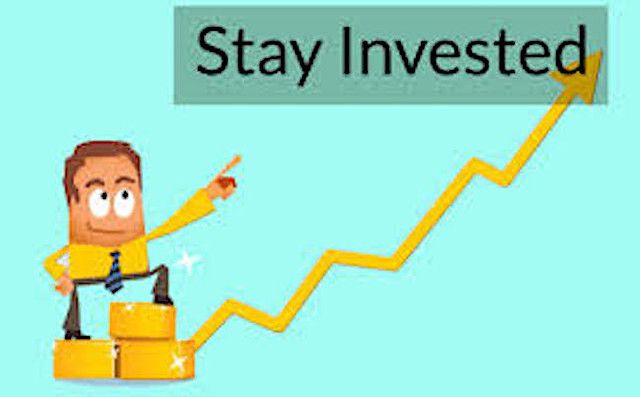 Investors can often behave in innocent but unwise ways that can derail even the best laid financial plans.

These behavioural finance biases are part of the cognitive biases that we all have. By some counts, there are dozens of them: some interact, others overlap, and certain biases even directly contradict others.

In this column, I am going to discuss some of the many investment biases that can impair our financial decision making. Since there are so many to list and I’ll run out of space, I’ll follow up in next week’s column with some simple steps to help you overcome them.

Anchoring - This is an over-reliance on the first piece of information you hear and how it can impact your subsequent decisions. Anchors are everywhere in investing: analyst price targets, recent price ranges, high water marks, moving averages and, of course, your buy price. These can all influence your perception of an investment’s fair value. Because comprehensive analysis is difficult and time consuming, investors can be over-reliant on anchors.

Clustering illusions - This is the tendency to see patterns in random events (such as your favourite stock going up in price 15 days in a row). Sometimes this is referred to as the sharpshooter effect, an allusion to pulling patterns out of data and then painting targets around them after the event. This happens often in gambling. If red turns up on a roulette wheel a number of times in a consecutive string, people may feel that is more or less likely to turn up again, even though the odds that it will be red are always 50:50.

Recency - Momentum trading is a special manifestation of recency. In more general terms, recency is simply an investment bias whereby more weight is given to the latest information received, and less weight to older data. Recency comes down to allowing our decision-making to be biased by the order in which information is presented to us.

Availability bias - Some people rely too much on information that is easily available. Availability bias can be considered as a reluctance to undertake thorough research, which can be due to the huge choice of stocks and funds available: investors often only consider assets that are brought to their attention. There are dangers to impulsively buying a fund or stock because you saw an advertisement for it, and there are no excuses for this investor bias, given the tools available to make informed decisions.

Endowment or “status quo” bias - Endowment bias describes how people overvalue something they already own. Research has shown how owners value their possessions far more than potential purchasers. Every security in a portfolio should be re-evaluated on a regular basis with your advisor, but this can become difficult because of choice supportive bias (the tendency to feel positive about something because you chose it).

This behavioural finance bias is even stronger with investors and advisors who built their own portfolios: they can believe their home-built portfolios are better than those created by investment professionals who use sophisticated qualitative tools, massive data resources and modern portfolio theory. Yet they wouldn’t expect to beat a professional basketball player in a pickup game.

Optimism bias and overconfidence - Optimism and its cousin, confidence, propel us forward each day; but there is such a thing as being too optimistic. This can lead us to overestimate our knowledge and skill (most investors think they are above-average investors) and therefore take greater risks (such as trading too often and neglecting proper diversification).

Hindsight bias - Hindsight bias is the tendency to rewrite history to make ourselves look good. Investors often misremember the information and decision-making processes that led to an investment purchase in ways that make them look smarter. This bias of believing past events were more easily predictable is prevalent in the financial industry: few predicted the 2008 financial crisis, yet many today claim it was obvious.

When we look back at events, it can become difficult to imagine alternatives, even if those alternatives were what was expected at the time.

Attribution bias – This is hindsight bias’s close cousin. When an investment decision succeeds, we’re quick to attribute that success to our skill: when things go wrong, we blame outside causes. These investment biases prevent us from learning from our mistakes. If we can’t critically assess our past decisions, we won’t be able to avoid overconfidence in future decision-making.

Outcome bias - This is the process of judging the wisdom of a decision based on its outcome, rather than how the decision was made. Like hindsight and attribution biases, outcome bias is dangerous in that it can lead to overconfidence and reckless decisions.

There are several steps you can take to help you avoid behavioural finance biases and invest more wisely. Tune in to next week’s column where I’ll provide some tips to help avoid the above bias pitfalls and keep your portfolio on track.