Are we headed into a recession? 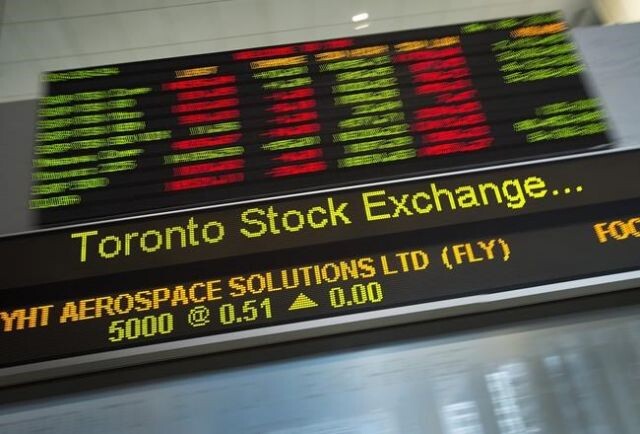 The equity market volatility that investors have been subjected to this spring hasn’t let up through the month of May. The slide across many indices has many investors wondering if this is a precursor to recessionary conditions.

The rotations in the equity markets have no doubt been unsettling but not necessarily out of the norm. Since 1980, the S&P 500 Index has seen an average drop of -14 per cent within the calendar year from its high. While unsettling to many investors, so far this year market volatility is within the long-term average.

Corrections come in all forms and are entirely unpredictable. Looking back to the start of the year, it is easy to spot the conditions that led to the current market volatility. These include higher relative valuations of stocks, higher inflation and higher interest rates. Typically, as inflation moves higher the price-to-earnings ratio of stocks falls. But that doesn’t always translate into a market correction like we have seen this year.

The last time we saw this type of market dynamic was the market correction during the fourth quarter of 2018. Ahead of that market volatility, inflation and bond yields rose, resulting in a valuation correction that saw the S&P 500 Index fall by -19.7 per cent.

The worst of the volatility has been centered in the United States. The current market environment has seen a deep correction to the S&P 500 Index of -18.6 per cent and to the NASDAQ Composite Index of -29.8 per cent (as of May 24th). Not surprisingly, U.S. equities came into the year with much higher valuations (as measured by the price-to-earnings ratio) than their global peers.

Today, as I read the financial media, there appear to be more economists calling for a U.S. recession by the end of 2022 or into 2023. The narrative goes something like this: as central banks in Canada, the United States and other countries around the world embark on their interest rate normalization to tame inflation, in other words, as interest rates go up, economies will slow to the point of recession. Could economists today be overly fixated on the half-empty glass of the economy?

The first is the shape of the U.S. Treasury yield curve. When short-term interest rates are higher than long-term interest rates, it tends to signal economic weakness (this is when the yield curve inverts). An inverted yield curve has preceded every recession since 1970. And while we did see an inversion of the two-year/10-year curve for three days at the beginning of April, the yield curve typically remains inverted for a period of three months before a recession. Further, we tend to see an inversion between both the two-year/10-year curve, as well as the three-month/10-year curve. That hasn’t been the case this year.

Another sign of pending economic weakness is U.S. manufacturing output. Measured by the PMI Manufacturing Index, we tend to see a contraction in advance of a recession. That is, the economy produces less, be it cars, furniture, computers and so on. This isn’t a perfect indicator: sometimes the contraction comes before a recession, sometimes after. And sometimes, like in 2015, we see manufacturing contract without an economic recession at all. Today, manufacturing continues to expand at a healthy pace, albeit slower than a year ago but still not at a level that would suggest a near-term recession.

Lastly, the Conference Board U.S. Leading Index is an index of 10 economic variables that tend to move before changes in the overall economy. It has fallen negatively in advance of every recession going back to 1970. The index currently has a positive year-over-year reading of 4.7. Again, no evidence of a pending recession.

Finally, it is fair to say that as soon as one recession ends, we are headed towards the next one. That’s what makes an economic cycle, but the data wouldn’t suggest it’s going to happen within the next 12 months. If I’m wrong, then we’re heading into a recession unlike any we’ve seen in the last 50 years, which seems quite unlikely.

That brings us to the current market correction: could it be signaling a pending recession? In my view, the current market volatility is less a confirmation of a pending recession and more a reflection of what was an overvalued market in the face of higher inflation and higher interest rates. It is more like the correction in the fourth quarter of 2018 than the recessionary bear market of the great financial crisis.

As economist Paul Samuelson famously said, “The stock market has predicted nine of the past five recessions.” The market is notoriously bad at predicting recessions and this time feels no different.

*This commentary is provided as a general source of information. It is not intended to provide investment advice or as an endorsement of any specific investment.