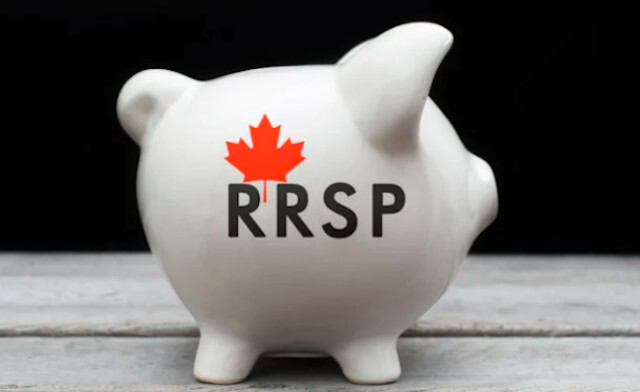 In general, when you withdraw money from your RRSP, withholding taxes are deducted at source.

Let’s take a look at how RRSP withholding taxes work and how to avoid paying them.

While Registered Retirement Savings Plans (RRSPs) are undoubtedly a popular retirement savings tool, many people use them as if they were a regular savings account. Almost 40 per cent of Canadians withdraw money from their RRSP before they retire, and many of those people don’t expect to put back what they took out.

However, there are considerable financial repercussions when doing this, the main one being the tax consequences. Withholding taxes are essentially an estimate and prepayment of the income taxes you may owe when you eventually file your income tax returns.

Non-residents of Canada pay 25% in withholding taxes (unless the amount is reduced by a tax treaty) and Quebec has it’s own separate rules.

RRSP withholding tax is taken off at source, so you don’t need to calculate it yourself. When you withdraw money from your RRSP, your financial institution will deduct the withholding tax automatically.

But it’s important to understand that the amount withheld is just an estimate. The gross amount that you withdraw from your RRSP is included in your income for the year, so you may have to pay even more in income tax, when it comes time to file your taxes. The exact amount will depend upon your tax rate and your total taxable income for the tax year (which includes your RRSP withdrawal amount).

Apart from having to pay RRSP withholding tax (and possibly even more in income tax), withdrawing money from your RRSP will also cost you when you come to retire. Any amount that you withdraw will lose the benefits of compound returns over time.

This is particularly costly if you’re several decades from retirement, as early withdrawals mean that you lose that amount of money in allowable contribution space in the future. That money could be worth a lot by the time you retire. For example (assuming a five per cent average annual return), if you pull $20,000 out of your RRSP today, it would have been worth $89,355 in 30 years if you’d left it in place.

There are two common ways to withdraw money without paying RRSP withholding tax.

The first is if you use the money for a down payment on a new home, as part of the government’s Home Buyers’ Plan. You can take out up to $35,000 without having to pay RRSP withholding tax (though some locked-in RRSPs and group RRSPs do not allow this).

There are several conditions, such as being classified as a first-time home buyer, and you generally have to pay the money back into your RRSP within 15 years.

The second way to avoid paying RRSP withholding tax is if the money is to be used to finance your education, as part of the government’s Lifelong Learning Plan (LLP). You can withdraw up to $10,000 in a calendar year from your RRSP (up to $20,000 in total), to pay for your own full-time education or training, or that of your spouse.

Again, there are several conditions that you need to meet to be eligible for the plan. Also, you generally have to pay the money back into your RRSP — usually within 10 years after the date you finished your studies — and typically in 10 equal instalments.

If you need to withdraw money from your RRSP for another purpose (such as to pay for renovations or pay off high-interest debt), you can avoid paying RRSP withholding tax by finding another source of funding. Taking out a home equity line of credit or refinancing your mortgage could prove to be a lot less costly than the large amounts of RRSP withholding tax you could end up paying.

The simplest way to make sure you don’t pay RRSP withholding tax is to wait until you’re ready to retire, then transfer the money in your RRSP to either a RRIF (registered retirement income fund) or an annuity. You can then make regular withdrawals of this retirement money over the course of your retirement when you’re not also earning employment income which in theory means you’ll be in a lower tax bracket (and pay less taxes on this money coming out).

Your professional advisor can go through all the possible options for funding that will prevent you from having to withdraw from your RRSP early and therefore paying RRSP withholding tax. It’s important to discuss RRSP withdrawal rules before you withdraw anything from your RRSP, so be sure to call them first.