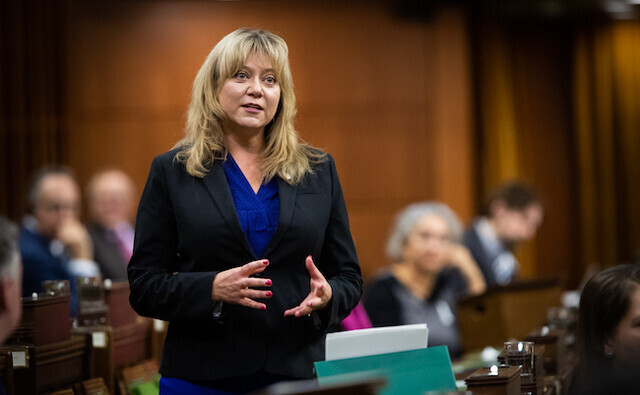 In justifying his early, $600 million snap election, the prime minister said the election “may be the most important since 1945 and certainly (in) our lifetimes”.

With that, I hoped he would recall Parliament quickly, so that all MPs could get back to advocating for the priorities of our local communities in Ottawa.

However, despite the fact the election was well over a month ago, Parliament is not set to return for nearly another month—on Nov. 22.

Since the prime minister said this was such an important election, I can’t help but wonder why he’s pursuing such a delay.

Canada’s Conservatives have been calling for a quick return so we can get back to work to address the very big and exceedingly urgent challenges our country is facing.

Locally and nationally there are so many important issues I, and my Conservative colleagues, are ready and willing to tackle immediately.

• Inflation is at the highest it’s been since February 2003 and it’s hitting our community at the grocery store, gas pump and in hardware stores.

• Pandemic support programs have started to expire but businesses and people continue to need more support. At the same time, I’m still hearing from local businesses that they simply cannot find enough workers.

• The Okanagan Rail Trail remains unfinished due to federal government delays dating back years before I became an MP and is something I have been advocating to have completed since I was elected in 2019. We need the Indigenous services minister to get moving on this important local issue.

• Kelowna International Airport remains closed to international flights. Since I wrote to the (Transport) minister last month for the second time, asking for a timeline on re-opening, I’ve heard from business leaders, community organizations, municipal officials from across the Okanagan and regular travellers who need the airport fully re-opened. I sent a new package this week to the minister with copies of support letters.

• Ski resorts are also facing a labour crunch, and they’re saying delays in visa processing are hurting their chances of re-opening with the full services that people want. I was proud to join Michael J. Ballingall from Big White Ski Resort, the board chairman of the Thompson Okanagan Tourism Association, earlier this month in writing to the immigration, refugees and citizenship minister to ask the government to extend working visas for people already in Canada until March 2022.

This would allow temporary workers to work through the ski season.

It is a small, simple solution that ski operators and other tourism businesses across Canada have said would help address their labour crunch.

By not recalling Parliament, the prime minister has ensured there are no debates, no committees, and no Question Period. In short – no accountability, no scrutiny, and no results.

After a $600 million election, Canadians deserve a return on their investment.

Our country is facing some big challenges and our community has specific issues that need to be addressed. I’ve been back at work, advocating on your behalf and I wish I could say the same of our prime minister.

When we do get back to Ottawa in November, I promise to continue to hold the government to account and fight for your priorities.

As always, please reach out if you have any thoughts, ideas, or concerns on this or anything else, or if you need any assistance with federal services to [email protected] or 250-470-5075.

If you’d like to stay up to date on my work in both Ottawa and Kelowna-Lake Country, visit tracygraymp.ca to join my newsletter.