Federal debt ticks up, up, up 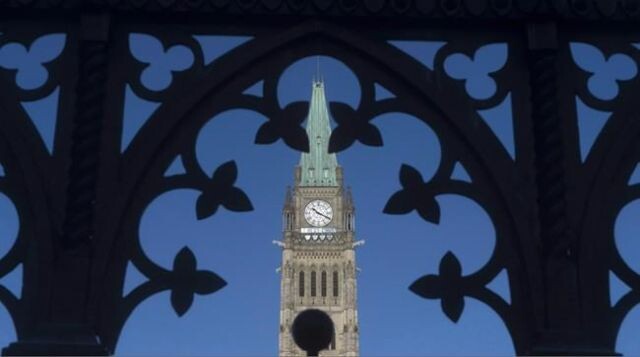 $5,175 per second – that’s how much the Montreal Economic Institute estimates Canada’s federal debt is increasing every – single – second. To put it another way, that’s $447 million per day.

Another report released by the C.D. Howe Institute, frames the Liberal 2021 Budget as risky and refers to the “sensitivity and fragility” of Canada’s fiscal position. They forecast debt levels as a percentage of GDP to continue upwards, with Canada’s debt-to-GDP ratio increasing to 60 percent by 2055.

The Prime Minister’s money printing and spending on pet projects has led to increasingly higher inflation, as I have written about in the past. According to Statistics Canada, the inflation rate hit 3.1% in June, putting the rising costs of living at a 10-year high.

After adding $500 billion to our debt in just two years with much unfocused spending, this flood of cash is now driving up prices. The cost of everything seems to be going up for you and your family and yet the Liberals and their elite friends on Bay Street aren’t talking about this at all.

At the start of the pandemic, we needed to get support out the door quickly to those hit hard and we need to continue supporting the most affected small business owners and not-for-profits. At the same time, I am hearing from countless business owners that some worker support programs are creating real challenges.

Business owners across many sectors have reached out to me about their struggles having employees return to work and in finding new ones, despite the highest starting wages they’ve ever offered. They tell me some people on government economic recovery programs are staying on those rather than going to work or only want to work just a day or two a week to maintain their government payments.

We must show compassion and support for those truly affected by the pandemic, especially in the most hard-hit sectors, but the one-size fits all solution currently in place is obviously no longer achieving its greater objectives.

These concerns were also reiterated to me during recent farm tours, where I was joined by the Official Opposition Shadow Minister for Agriculture and Agri-Food, MP Lianne Rood (Lambton-Kent-Middlesex, Ont.).

From orchards, to wineries, to industry representatives, to produce and herb farms, we spent several days visiting and listening to the real concerns that Kelowna-Lake Country farmers and producers are facing. Many had solid policy and regulatory recommendations based on their boots on the ground experience.

On another topic, due to easing border measures, more international flights will be flying into airports across the country, but not to Kelowna International Airport (YLW). Despite having higher passenger numbers than Quebec City’s airport (which is on the reopening list) and being the 10th busiest airport in Canada, YLW was not slated to reopen for international flights.

The federal government’s announcement did not explain the rationale for the airports they chose to resume international air service, nor what specific data or metrics they are using for adding additional airports in the coming months.

This is unfortunate, however, consistent with how we’ve seen this federal government operate – with unclear benchmarks or metrics for their decision making.

It is difficult for all our local organizations involved, from the airport and their operations to car rental, shuttle, taxi services, and tourism operators, when there are continually no clear plans disclosed, and I have written the Transport Minister asking for the rationale.

With the sustained high heat and smoky skies that our region has been facing, it’s important that we all stay safe and stay healthy. Be sure to check in with loved ones, especially those who may be at higher risk.

If you need any assistance with federal programs or have any thoughts to share, please feel free to reach out anytime.

P.S. – By the time you have finished this report, the federal debt will have increased by approximately $897,000.