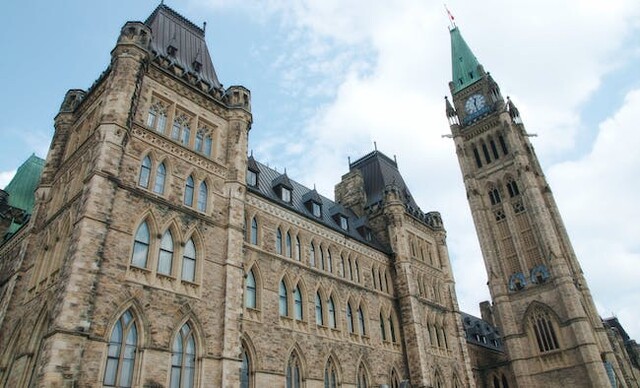 During this past month of being in the constituency, I’ve been working hard connecting with hundreds of people, organizations and companies.

Back in Ottawa this week, we’ve hit the ground running on many important issues.

The Official Opposition successfully introduced two emergency debate motions on the government’s vaccine plan and on Keystone XL’s cancellation. This allowed the opportunity to ask questions and hold the government accountable to Canadians.

There is a lot riding on a vaccine plan. It is critical we have a smooth and steady rollout for those who want it, which not only protects our health, but allows Canadians to return to work, reopen their businesses, and reunite with family and loved ones.

As provinces run out of vaccines, it’s increasingly apparent the federal government has no meaningful roll-out plan. I get asked every day from residents when they will be able to get the vaccine.

Vaccine export restriction mechanisms were announced on Jan. 29 by the European Union (EU) which could halt vaccine exports to countries outside of the EU.

They provided a list of more than 100 countries that would be exempted from restrictions, but Canada was not on this list.

As many of the vaccines Canada relies on are produced in the EU, my colleagues and I on the Trade Committee called an emergency meeting with the minister to ask questions on why we weren’t on the list and what it meant, however we only had verbal assurances.

The impact of Keystone XL’s cancellation can be felt right here in Kelowna-Lake Country.

I have spoken with many local residents whose livelihoods depend on a strong and robust energy sector. Yet, at best, we continue to see indifference from the Prime Minister who simply said he was “disappointed,” and failed to provide a meaningful plan of action.

The Canada-United Kingdom Trade Continuity Agreement is moving through parliamentary processes. The U.K. is Canada’s fifth largest trading partner and businesses, including those in Kelowna-Lake Country rely on this access.

Though there are many changes that should have been negotiated into this agreement, and little meaningful public consultations were done, it is still important to give certainty right now to businesses.

It has been a privilege to lead on this file on behalf of the Official Opposition.

When a ‘Buy America’ plan was announced in 2009 by former President Barrack Obama, the previous Conservative government negotiated an exemption agreement.

In my role as Shadow Minister, I’ve called on the government to protect Canadian businesses and jobs and immediately seek a similar exemption agreement.

A private members bill by one of my Conservative colleagues sought to increase minimum sentences for being in possession of smuggled guns, as well as making it harder for gun smugglers to get bail.

Unfortunately, this bill was not supported by the Liberals or the NDP. It is puzzling why MPs would not support this public safety bill considering 80% of guns used in Canadian crimes were smuggled from the United States.

The government implemented strict new international travel rules. I’ve heard from people who work between Canada and other countries, and from their families, who are shocked at further upcoming rules.

The 14-day quarantine rules have been in effect since last March, however, these new upcoming rules charging fees and requiring people to stay at hotels is a questionable process that needs investigation as well as explanation how this is safer than going directly to your own home.

If you need any assistance with programs or have any thoughts to share, feel free to reach out. Stay well.
250-470-5075 or [email protected]. tracygraymp.ca