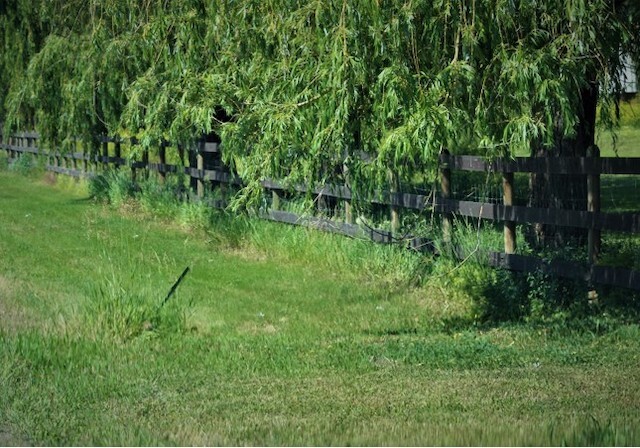 A squirming body lying face down in the ditch caught my eye.

I was travelling down a busy road in the countryside. While I turned around, I quickly prayed for protection, then pulled over 15 meters away. I didn’t know what I’d encounter, perhaps a lunatic brandishing a knife. Therefore, I wanted to keep some distance between us.

The traffic whipped past as I nervously walked towards the mysterious figure. It was odd because I couldn’t tell the person's age or sex as they were covered up with a hoodie over their head. Nor did I know if there were injuries.

In order to be heard over the blasted roadway noise, I hollered, “Hey, are you OK? Do you need help?”

A head popped up from the grass and as she pulled her hood down, she faced me and said, “Yes, please.”

I told her my first name and asked hers, to which she replied, “I am Toni.”

The young teenager wore unisex clothing and had short cropped hair, but as she threw on her girlish backpack, I realized she was just a kid.

Relief washed over me. I wasn’t dealing with some sketchy looking character; otherwise I’d have booked it and called 911. Nonetheless, I remained cautious, as anyone can be dangerous if they’re desperate enough.

I asked where her parents were and why she was out there all alone. She replied her boyfriend dumped her off in Rutland and some “older” guy in his late 30s picked her up and took her to some kind of storage facility. It was there he allegedly raped her for two days straight.

When the perpetrator finally fell asleep, Toni (she said her name was) untied herself and took off running. She ran a couple of kilometres before deciding to lie down to rest, and it wasn’t long after that I showed up.

Toni rubbed her wrists and said they hurt from being bound. She must have been in shock, emotionally numbed in order to cope, which explained her matter-of-fact tone. Her calmness helped me remain composed.

After she told me what happened, I said, “We’d better get you to the police station”. I asked if a relative could take her there so she’d have an advocate, but Toni replied she was a foster child. Her foster parents would have reported her AWOL.

On the short drive, Toni told me of her tragic childhood and how she lost her brother a few years ago to a fentanyl-laced marijuana joint. He was her protector until then. Now she was on her own.

Upon arriving at the police station, I told the front desk clerk what Toni had relayed to me and that I found her lying face down in a ditch. Once the administrator looked up the girl’s full name and birth date on the computer, she told her to wait a minute for an officer to speak with her.

I stayed with Toni briefly and offered my contact information to the police officer before leaving. The officer said that it wouldn’t be necessary, as she scrutinized my face. With that, I turned one last time to face the child and wished her good luck. Good luck seemed to me to be an odd choice of words, but what else does one say?

From my experience as an adult, it is an awful thing to come forward and be re-traumatized by re-telling of the crime, never mind a juvenile who’s alone in the world.

Toni however seemed resilient, and I hope she’ll get through the next few years OK until adulthood. Hopefully she’ll make a better life for herself without being at the mercy of the system.

I am thankful I stopped and brought her straightaway to the police instead of someone else, who might have had nefarious intentions, or being caught again in the clutches of the same guy. We'd have been sitting ducks had Toni and I waited there for help to arrive.

The situation reminded me of Psalm 10:9 (Contemporary English Version): They are hungry lions hiding in the bushes, hoping to catch some helpless passerby. They trap the poor in nets and drag them away.

It made me shudder. That thought was replaced with the parable of the Good Samaritan in Luke 10:25-37, where some religious leaders passed by a badly injured man lying in the ditch, but a Samarian stopped to help.

Being a Good Samaritan is not without its dangers, but I’m haunted by the faces of those I didn’t stop for out of fear and because I assumed someone else would.

If Toni was my granddaughter, wouldn’t I want someone to stop and help her?