Vigil planned for young woman killed in Kelowna in January 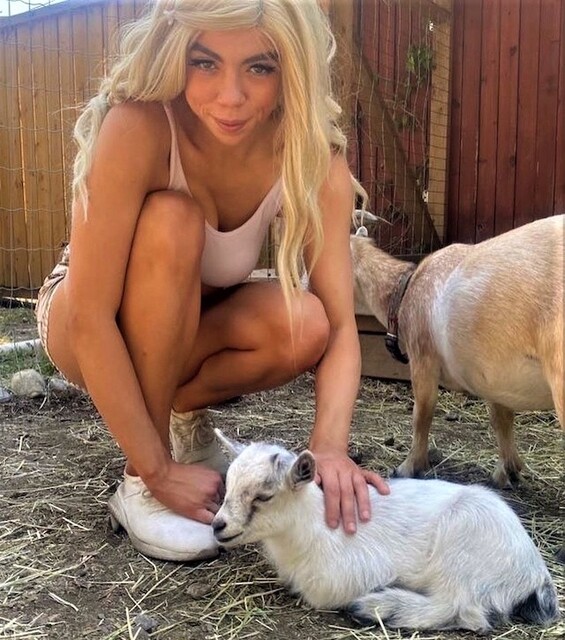 Photo: Contributed
Austyn Godfrey was found dead at a Kelowna dog park Jan. 16. A vigil will be held to remember her March 6.

I choked up when I heard from Ashley, the best friend of the Kelowna murder victim, Austyn Godfrey.

Ashley thanked me for my kind words (written in my column last week). She missed Austyn’s beautiful smile and laughter, and would do anything to have her back.

Ashley said she would love it if I held a candlelight vigil. She thought that would help her.

Understandably, Ashley hasn’t been able to bring herself to go to the spot where Austyn’s body was discovered. It was such a shocking and callous act perpetrated against Austyn, I felt compelled to visit the site and tried to restore some dignity.

With a barrage of media coverage of crimes against humanity, a person can become desensitized. The focus isn’t on the deceased but on the person(s) responsible for their demise.

It probably wouldn’t benefit Ashley to go there anyway, at least not alone.

But a vigil could assist her in coping with the loss and to carry on, holding onto the wonderful memories.

In dealing with losing a loved one to homicide, there is a whole additional dimension of anger, pain, shock and fear. The world no-longer seems safe. Those left behind often need someone to walk beside them through the dreadful ordeal.

Alan D. Wolfelt, is a death educator and grief counsellor with CORU. He believes ceremonies help acknowledge a person’s demise. We grieve their loss while remembering the deceased. Those left behind may eventually move forward and develop a new self image without the loved one in their lives. Memorials also push us to seek meaning after someone dies.

These rituals support us in working through the pain and trauma of loss and can be done alone.

However, sometimes it takes a group to start the healing process for the mourners, to show that the community at large cares.

It was because of Ashley’s appeal that I decided to hold the vigil, to help her through this and to honour her dear friend.

A few others wrote to me as well, thanking me for the poignant tribute to Austyn. One writer, a father of four girls, was deeply moved by my article, while another fellow told me how his family recently rescued a niece from a bad situation.

As a former victim of violence myself, I appreciate the community. I felt valued for the first time. Although I can't speak for the survivors who lost loved ones to a violent death and I am not qualified to assist much in this case, I can, however, provide an outlet and offer a small measure of comfort through this vigil.
We will hold the daytime candlelight vigil for Austyn Godfrey at the Evangel church parking lot, in front of the main entrance March 6 at 1:30 pm. Evangel church is located at 3261 Gordon Drive.

Pastor Don Richmond will officiate the service, with a few of Austyn’s friends providing the eulogy, followed by an open mic. To close, there will be a few hymns sung, along with the playing of Austyn’s favourite song.

Those attending are asked to bring their own own fresh flowers and a flameless candle.

We’ll gather the bouquets after the service and, in a motorcade, we’ll drive to the Glenmore Dog Park (where Austyn’s body was found), where I’ll place the blossoms under Austyn’s tree.

I hope you’ll join us to pay our respects to the beautiful soul named Austyn Godfrey, whose precious life was taken on Jan. 16.