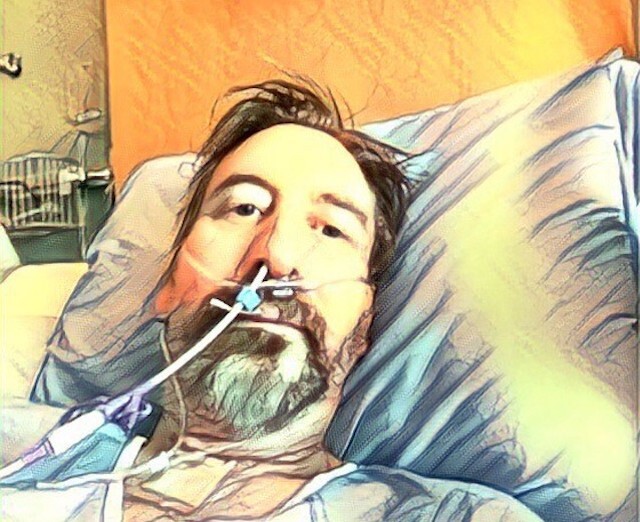 Photo: Contributed
Fred made a remarkable recovery after being placed on a ventilator suffering from COVID-19.

“Fred’s going to pass away. If you choose to keep him alive, Fred will be in a nursing home the rest of his life in a vegetative state,” the doctor told Fred’s son Simon. “We want to clinically let him go, but need your permission.”

But Simon refused to surrender his dad to the undertaker.

They’d intubated and put his father into a coma weeks earlier. Mortality rates from being mechanically ventilated range from 50% to 97%. Nonetheless, Fred beat the odds with divine intervention.

He fell ill in early September with COVID-19, and within 10 days, Fred landed in Kelowna General Hospital where he was ventilated on the 21st at his request.

Between the church secretary and his family, I learned about our friend’s life and death struggle through emails and texts. Hospitalization because of the Corona Virus is an emotional roller coaster ride from hell that’s playing out for hundreds of thousands of people world-wide.

This time it hit home because the disease struck our buddy hard. He was down but not out.

Sometimes it looked promising, like when he woke up to the sound of Simon’s voice. But our optimism quickly dissolved as the illness gained the upper-hand.

Meanwhile, I heard from a friend from Calgary whose husband survived the same experience. It made me hopeful Fred would make it too. Although I felt uncertain, I went through the motions, reassuring the family.

Weeks passed and Fred failed to thrive. The machine kept him alive, but barely. I prayed he’d enter into rest. When Jesus returns, he'll resurrect Christians from the grave and take them to heaven. The Lord will wipe away our tears because there will no longer be any type of sickness, pain, or death. I wasn’t afraid because of that promise. Something better awaited Fred.

However, that doesn’t mean when a loved one passes away, it isn’t painful for me. I mourned for the family’s heartache they would suffer, as they’d recently lost their mother. Fred’s wife, Shannon, died 2 1/2 years earlier. This couple welcomed the homeless. Along with that, they evangelized to whoever would listen. Because of their kindness, a myriad of people picked up his fight on their knees, paying it forward.

On the evening of Oct. 16, after the doctor gave his grim prognosis, the family recruited other believers to drive in a convoy, circling the hospital seven times. They prayed and gave thanks to God for tearing down the walls enclosing Fred’s health.

Ten vehicles full of Christians showed up and those who couldn’t attend in person did so in sync within the comfort of their homes. It was a modern form of a Jericho March, but by automobile instead.

A prayer walk by a group of believers is sometimes called a Jericho March. Their rationale is to petition God to come against something harmful, to intervene, defend, or heal. The number seven is the figure of completeness and perfection. The Biblical basis of marching seven times comes from Joshua 6:1-27. After the hospital procession, they expected a supernatural result.

On the third day, Fred regained consciousness. The nurses sat him up and took out his sedation. He turned and looked at his family from behind the glass and responded to basic commands from medical staff, like blinking, opening and closing his eyes, showing he understood. Fred’s oxygen inlet valve was reduced to the lowest level. He nodded his head and exhibited a variety of facial expressions.

On Nov. 2, Fred was off the ventilator. He spoke softly and got ready to eat actual food. The physiotherapist started working with him and he steadily regained his mobility. Fred even cracked jokes and appeared thrilled to have contact with the outside again through his mobile phone.

I talked to him on Nov.17 and he spoke his piece, saying: “Suddenly, I woke up in the presence of the Lord. His love washed away all my negativity and fear. I realized I’d been too immersed in the world. Now I feel invigorated by the Holy Spirit, and experience joy and peace, in-spite-of having to learn to walk again, have tremors and other side-effects. The Great Physician made the final decision, and I’m happy to be alive and kicking.”

Fred discharged himself from hospital on Nov. 28, and the same day he married Angie at his West Kelowna home.

(This a true story.)