Something repeatedly knocks a decoration off the wall 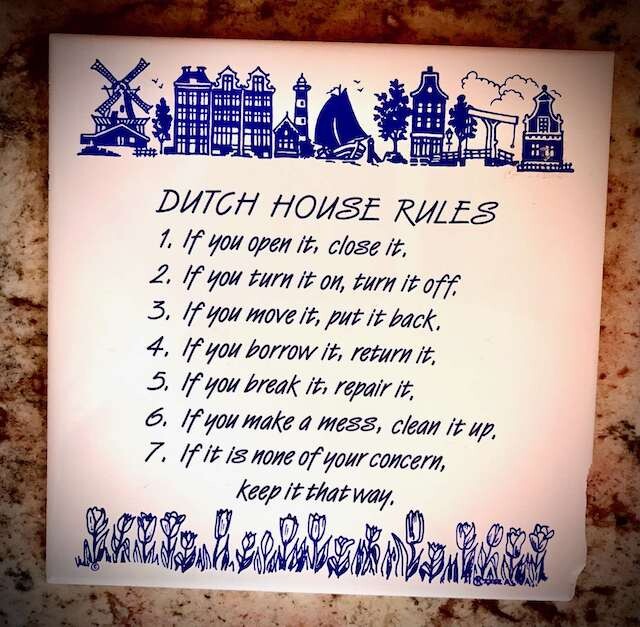 A picture flew off the shelf, bounced down the stairs and fell apart when I opened the front door.

It scared the bee jeebies out of the dog and me. My brave canine protector cowered behind me, softly growling with her hackles raised.
I went downstairs to retrieve the picture frame and scattered family photos. As I picked them up, I noticed a slight cut across the face of one boy’s image and on another of the same child.
This collection of family photos spanned several years and was the second time it tumbled down the staircase. Now the wood had chips out of the bottom corners.
I felt the hair on my neck stand up as I stood upright, putting it back together.
According to Irish superstition, when a picture falls off a wall and the glass cracks over one person’s image, that person will die or suffer grave misfortune. However, I prayed against it, and it hasn’t come to pass. The child is fine.

I quoted KG 21 1 John 4:4 “You are of God, little children and have overcome them because greater is he that is in you than he that is in the world.”
Months earlier, we heard a crash bang boom reverberate from the basement, which startled us out of a light sleep. It was 11 p.m. and we had just retired one hour earlier and had peacefully drifted off.
We bolted downstairs, discovering the clock had been knocked off the wall and landed face down in the centre of the room, three metres away.
The Irish also believe when a clock falls to the floor, your time is up. Two years later, we’re still here but spooky things continue to happen.

Last spring I was working on a homemade grad cap in the garage and was studying some black string. Above me, I heard a spool unravel and saw white thread swirl down in front of my face.

“Good idea, white will look much better,” I said aloud as I nonchalantly snipped and glued one end to the top of the hat and the other end to the tassel.

It suddenly dawned on me how disturbing that was and I wondered what had I spoken to. I felt goose bumps dance upon my skull when I put on the ill-fitting cap to pose for a selfie. My skin crawled with good reason.
The cap and gown were invented in the Middle Ages and worn by Catholic hierarchy. Universities soon thereafter adopted the practice and it has been a tradition ever since. The cardboard cap stands for intelligence and superiority to the uneducated lay people they studied.

I yanked the cap off my head and the willies quickly subsided until the next incident.

Five months passed when a ceramic wall decoration titled Dutch House Rules fell off the side of the cupboard and clattered onto the kitchen counter. Len had secured it with picture hanging tape initially. The incident happened moments after he left for work in the early morning hours. I woke up to investigate after being startled awake.

I discovered it was chipped on one side, but other than that was okay. When Len came home, he put it back up and it promptly fell off once we turned our backs. Undeterred, he re-attached it with new tape, then went out on the balcony to enjoy the sunshine.

After we left, we heard a clatter. The plate hit the counter and spun around like a top. But this time the entity smashed the artwork.

Whatever it was, it scoffed at our Dutch house rules.