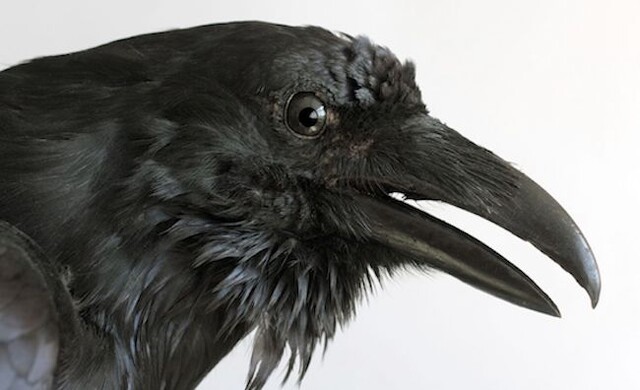 You’re in danger. Get out!

I bolted for the door while yelling at Len, “We got to go.”

He looked bewildered because we’d just sat down to eat at a fast-food restaurant in Canmore. Len asked where the fire was. There wasn’t one; it was my guardian angel telling me to flee.

A cold sweat and nausea hit me like a tidal wave, almost knocking my feet out from under me as I fled. Len called out that he would be right there, but I didn’t wait.

Patrons looked surprised as I crashed through the door hyperventilating; they probably thought I’d seen a ghost.

While I was standing by the vehicle, my attention turned to a huge raven on the restaurant roof. Perched on the edge, the fowl watched me with its beady eyes and cawed a shrill alarm.

The frenzied critter bounced up and down as it shrieked. I felt dizzy. An evil and foreboding sensation radiated from the scaremonger.

There was the unseen presence of something sinister. A dire warning came from this messenger of death.

Apparently, a solitary raven is a harbinger that warns of impending doom, or a life lost. These birds signal the aftermath of a bloody or intense battle.

All I knew was our lives were in danger and the bad-assed bird verified the angel's warning.

Jumping into the SUV, we took off down the highway. Sensing my fear, Len white knuckled the steering wheel and asked what that was all about.

“Something horrific is about to happen and we’ll find out what on tomorrow's six o’clock news,” I said.

Dread settled over us like a blanket as we watched Canmore disappear in the rear-view mirror. An invisible force was gaining momentum. It appeared as though the soul-stealing Reaper Raven was on our trail.

Len felt his energy draining, so I took the wheel. Terrified, we prayed aloud for divine protection.

Hours passed, and, after we made it back to my place, Len carried on his way and called when he arrived home.

Early the next morning, Len called and he said, “You will not believe this.” On the CBC radio news report there was a fatal shooting near where we were having lunch.

A deranged gunman in his mid-60s stepped out of his car and pointed a fake pistol at the RCMP standing nearby. It was like a Wild West shootout witnesses claimed, as they saw the officers fire 11 bullets with three hitting the suspect.

They identified the perpetrator as Jean Steven Boucher. He had committed several armed robberies days earlier with his replica 45-calibre Smith and Wesson. Boucher apparently chose suicide by cop.

It was unsettling to find out we were only a few kilometres away from the scene.

God only knows how close we came into being caught in the crossfire. Providence stepped in and spared us a terrible outcome because I listened to the supernatural messengers on that fateful day of Jan. 10, 2011.

An authentic Gunsmoke scenario was about to take place, and we got out of Dodge just in time.

Have you ever escaped tragedy by supernatural means? If so, please write to me at [email protected] and your story could appear in an upcoming article.

More In A Pickle articles