From the beginning of time, apples have played a part in our history 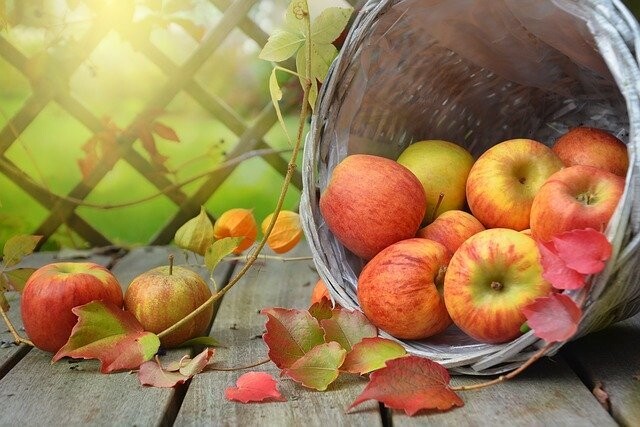 How many expressions do you know that use apples?

Do you know how many different symbols apples have represented throughout history? Never fear, gentle reader, this week I am going to give you an apple barrel’s worth of trivia to trade at the water cooler.

Apples may be the first symbol created on Earth. Even though the apple is never mentioned by name, it is generally assumed that the Tree of Knowledge in the Garden of Eden was an apple tree. This made apples both a symbol of good and evil.

Apples are often used as a symbol of knowledge today. How many of you see one every day on your device that connects you to the world? Did you know that the Apple logo was originally a drawing of Sir Isaac Newton sitting under (you guessed it) an apple tree?

The duality of apple symbolism carries on through many cultures and times. In Norse mythology the goddess Idunn guarded the sacred apples that ensured the gods would stay immortal. (I wonder if this was the start of the expression: “An apple a day keeps the doctor away.”)

There is a tale of a time when Idunn was kidnapped by Loki that could easily become the next Avengers movie with its exciting detail.

(Spoiler alert) After much deception and many great adventures, Idunn and her apples are safely returned to Asgard and the gods are able to carry on with youthful vigour.

In Greek mythology, the same kind of jealous adventure swirls around the possession of apples. If you don’t know the reason why Paris falls in love with Helen of Troy, you should look it up. The Trojan War lasted 10 years, and all because of the promise of an apple to a woman.

Our awareness of apple symbolism starts early in life. As children we hear about being “the apple of someone’s eye”, but we also know the cautionary tale of Snow White, and that taking apples from strangers is definitely a bad idea.

We know that when we succeed in the path of our elders, people might say, “the apple doesn’t fall far from the tree.” But if someone causes problems and is a negative influence, we call them “the one bad apple that spoils the barrel.” If you really mess things up, you “upset the apple cart.”

You might not have heard about things like “getting a second bite of the apple”, but perhaps you had a mentor who encouraged you to try again for an opportunity? If you are impressed with your own abilities in succeeding, you could say to your friends (or even your enemies), “How do you like them apples?” (sic)

When you try hard to impress people with flattery, that might be considered as “polishing the apple”. Instead of exaggerating, it’s usually best to think “apples to apples” and not “apples to oranges”.

As you can see, the apple has been at the core of our society throughout the ages, often as a positive symbol. It can signify positivity, knowledge, love, desire, beauty, even sensuality. It can also act as a cautionary symbol against extremes like greed and jealous lust. Perhaps that is meant to show us that apples, like most things, should be enjoyed in moderation.

All that doesn't mean you can’t pick some apples and make a pie or a compote.

Visit a local fruit stand or market before the end of harvest season. Then you can share treats with your colleagues or family as you regale them with what you’ve learned.