The strange things we were told as kids

Because they said so 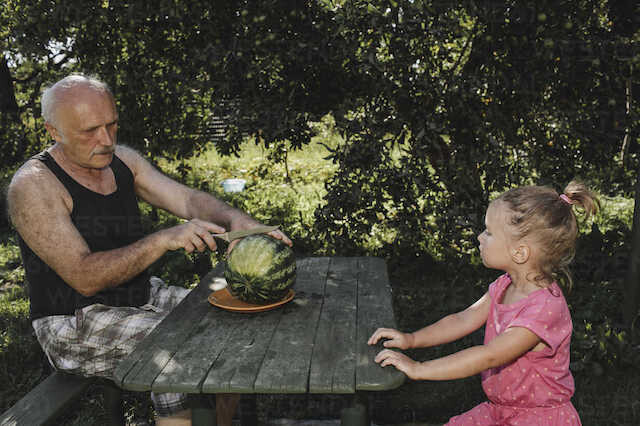 Two weeks ago, I wrote about summer memories about road trips, and asked for readers to vote on whether they enjoyed them or not.

I am pleased to say that positive memories won out at a rate of 5 to 1—at least with the folks who responded.

I was inspired for this week by a regular reader who shared a memory from his family camping trips.

Did anyone else camp with a canvas tent? According to the reader’s dad, once the tent was set up, it was not to be touched or it would leak in the rain—or so his dad said.

My dad used to tell us to “hold up the roof” with our hands when we went under a railway track. He said if we did that it would ensure the train wouldn’t crush us. It was a point I didn’t want to argue about.

I have written before about the pearls of wisdom from elders, and this week I’d like to share a few more of those age-old stories based on food.

Did anyone tell you not to eat watermelon seeds, in case one might grow in your tummy? My Gramps did.

My mom also said that peanut butter was a great remedy for removing bubble gum from where it shouldn’t be. (I always thought that sounded like a remedy worse than the problem, but I guess it does work. I’d recommend sticking to creamy varieties though.)

Many impressive sayings are in Latin. My dad used this to impress me as a kid, using Latin words and phrases to convey a serious idea. He taught me “carpe diem”, which I enjoy using in a positive way.

Daddy’s other well-used phrases weren’t about food, but they still offered a reminder to keep a positive outlook.

Have you ever heard of “illegitimi non carborundum”? (link: https://en.wikipedia.org/wiki/Illegitimi_non_carborundum ) This saying is now in Wikipedia if you want to look it up; I thought my dad had invented it.

As far as I can tell, he did invent “optireculitis” though. That was a condition one should avoid, as it involved tying up your optical nerve with another one at your other end. That can be what makes your outlook on life seem like it’s the view down an outhouse hole, if you know what I mean.

But let’s get back to those funky food tips. There are simple ideas passed on that might seem silly but do end up being useful, like the best way to make a cheeseburger. You put the bottom of the bun over the melted cheese on the grilled patty, then the bun top over that. Your bun warms up, but it doesn't tip over like it would if you stick the top to the cheese.

Other things may seem logical, but they turn out to not make a big difference. Sorry Daddy, but ice cubes made with hot water do not freeze faster than cold water ones, from the shock of being put in the freezer. And the shiny side of the tinfoil does not reflect the heat back inside a package of potatoes cooking on the grill.

Perhaps sometimes the importance of the story is in the telling. Maybe my dad was just trying to keep my attention as he showed me how to make dinner on the grill. Me remembering which side of the tinfoil goes where was added information. It did seem to help in the recall of the other details.

I hope my grandkids will remember the stories I tell them. I certainly plan to include some that are more fanciful, but all of them will have a purpose.

Even if I only manage to have them listen, I can take solace in knowing they will likely remember something – just as all of us have from the stories we were told.