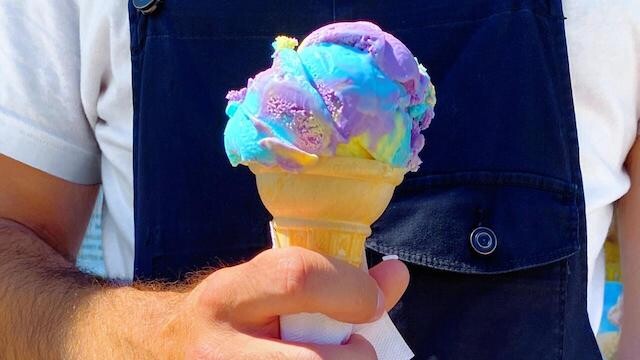 Food is a central part of many celebrations, and there are days even dedicated to celebrating specific foods.

Did you know that there is a “Tapioca Day,” “Bologna Day” and even “Sneak Some Zucchini on Your Neighbour’s Porch Night”? That got me thinking, with Canada Day yesterday, is there a food that represents Canada?

What is the quintessential food that Canadians consume on our national holiday?

The essence of Canada is tied intrinsically to its complex roots and multi-cultural mosaic of people, all woven into one delicious buffet. There is no one answer to what represents Canadian food.

But, in case you are looking for a new idea of something to sample or wondering what else is on the list besides your favourites, here is some food for thought (or celebrating).

Many of the celebrated food days are linked to American businesses but they are simple associations. There is no political or historical significance to National Butterscotch Pudding Day (Sept 19, in case you are a fan).

But back to Canada, July is Hot Dog Month. But those are known to be almost as American as apple pie, right?

Many people outside Canada think poutine is the quintessential Canadian food. It is classic in Quebec, but in the Maritimes they would instead be having a lobster roll or hodge podge (stew with local baby potatoes). Blueberry grunt, a sort of sweet dumpling with stewed fruit and Moon Mist ice cream are sweet specialties. A combination of banana, grape and bubblegum is certainly unique, although I am not sure it represents a complete cross-section of Canada. (No offence meant to any fans of this concoction.)

The Canadian version of apple pie is to have it with cheddar cheese. You have probably heard of Montreal smoked meat and flipper pie, and there is sugar pie and Red Rose tea (“Only in Canada, you say? Pity!” – remember those TV ads?)

There are foods from the western part of the country we could pick. Some classics are wild rice from Manitoba, Saskatoon berries, Nanaimo bars and butter tarts. Even the Bloody Caesar cocktail. (It was invented by a bartender in Calgary in 1969, but I guess a cocktail is not really food.)

How about jam busters? These delicacies, also known as jam-filled donuts outside of the Prairies, were a favourite of mine when I was little. Maybe we could at least have a National Jam Buster Day?

You can incorporate some of Canada’s blend of cultures if you enjoy a Chinese buffet or a “Lumberjack’s breakfast”. Both of those were invented in the 1870s in the shantytown of Gastown (Vancouver) when men from various European backgrounds worked in the city long days and wanted a hearty meal.

Any way you slice it, I think the important thing is to remember to celebrate and appreciate the food and share it with those we love.

Just watch out for your neighbour’s zucchinis lurking on your porch on the night of Aug. 8.