Every cook needs one of these—a cast iron skillet

Cooking with a skillet 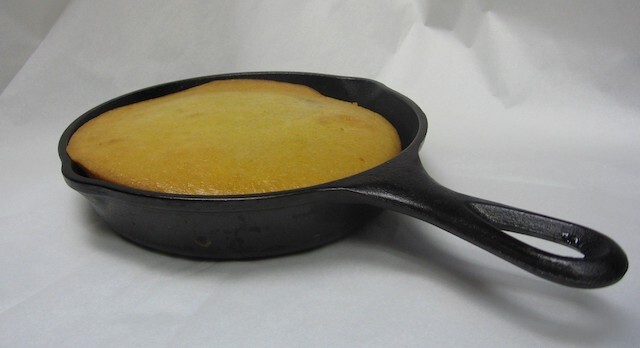 How many times have you seen an informercial that told you about a gadget that would change your life?

How many of those have you tried over the years? And how many ended up in a garage sale the following spring? There is one tool for the kitchen I recommend you keep, for it can be useful in many ways. It’s your cast iron skillet.

You might have one, but it could be buried in the pile of pots under the oven. “It’s too heavy”, you mutter, every time you see it there. But that is part of its advantage.

I agree that this is not the pan to be used for flipping crepes. If you live alone, you could keep it handy to use in self defence, but it’s more likely to help you in making delicious pancakes and hash browns. It can also the be the vessel for many simple recipes. It’s weight helps it hold and distribute the heat for proper cooking.

I mentioned Eggs Shakshuka last week as a great brunch dish. Your skillet will also make wonderful frittatas and Spanish tortillas (potato pie made with eggs and cheese). But wait, there’s more. (See what I did there?)

We were camping last week and our cast iron skillet was used to:

• Cook bacon, and then make fluffy pancakes to go alongside said bacon

Your cast iron skillet will work on the stove or in the oven, always holding the heat evenly for perfect cooking.

It does the same thing on the camp stove or in the campfire too. And if you add a lid, it becomes a Dutch oven.

With a lid, you get even better results with stews and other dishes that cook longer in a liquid. (Not as much liquid evaporates when there is a lid keeping it in. )

Think chili, curry, paella, and other similar creations from all over the world. If you haven’t googled “skillet dinners” yet, give it a try and pick from the many suggestions.

There are a plethora of possibilities for what to cook in your skillet. There also seem to be as many ideas on how to maintain it, but not all of them work equally well.

First, you need to “season” a cast iron skillet. This just means that you get it used to being a cooking vessel. Put a thin covering of oil in the bottom, and heat it gently for about 10 minutes, letting it get to medium-high heat. Then turn the heat off and let the skillet cool. Wipe out the excess oil and store your skillet.

This doesn’t mean you don’t wash your skillet after using it. Did you see how many different foods we cooked in ours this week?

What do you think the next dish would taste like If I hadn’t cleaned my skillet? You’re right - it would taste like the last dish, mixed in with the current one. I don’t know about you, but I don’t like my pancakes to taste like fried chicken, or collard greens with garlic.

Clean your skillet with warm soapy water and a scrubbie. Make sure it is dry before storing it. Please don’t put it in the dishwasher. It’s a classic tool, like your favourite knife. It deserves your respect.

If you’ve read this column thinking, “What’s the point? I don’t have a cast iron skillet, and I’m not spending a bunch more money,” don’t worry, I’m not about to sell you Ginsu knives.

My last suggestion is check out a thrift store or even a garage sale. Many people have given up on their skillet, which just helps pave the way for those of us willing to take on a new adventure (or dust off an old skill.)